Note: This article was written before Donald Trump was elected president.

The world is swirling with rumors and speculation about Donald Trump, both personally, and over his his suitability to fulfill the role as president of the United States. However, nowhere on Earth is there more concern and violent opposition than in his own country. But, I can assure you that public opinions and beliefs have been very intentionally manipulated in traitorous ways, by some incredibly bad rich people.

Bad people who finance protests, and pay people to incite riots. Ugly people with agendas that do not respect American persons or property. Evil people who not only approve of mass murder, they make their fortunes from it. Sneaky people who manipulate stock markets, not so much to personally profit, but to crush competition. Perverted people who bury cures to disease, and design diseases so they can make money finding cures. Murderous people who are quite literally willing to kill their own families for a few bucks.

By now you’re probably wondering why these bad people are out to get Donald Trump. After all, he’s a rich person too. Well, they weren’t always out to get him. But Trump said something about half-way through his campaign that changed everything. And the truth about the slanderous attacks on Trump should make every red-blooded patriot in the United States want to take up arms and defend their country against the very real evil creatures who’ve openly attacked America, and who have convinced those already conquered to hate their neighbors.

At first, Donald’s run for presidency was considered a joke by the ‘good ol’ boys’ club, then an ‘inconvenient inevitability’, and finally a ‘direct threat’ to their corrupt control of America. In the beginning the club mocked Trump, ridiculing him with open abandon. He was after all, cute in a creepy kind of way, merely an amusement spouting foolishness and nonsense, and in their opinion someone who had little to no chance of ever becoming president.

But, everything changed on June 28th, 2016, when speaking at a meeting of the ‘three amigos’ (US and Mexican presidents, and the prime minister of Canada), Trump delivered his most explicit threat to smash the North American Free Trade Agreement (NAFTA) just as the continent’s three leaders gathered to discuss building new ties. His pre-written address, “Declaring American Economic Independence” sent shock waves through global corporate boardrooms around the world. Within moments he was labeled as a ‘protectionist’, a filthy, traitorous insult created by corrupt corporate monsters to destroy the reputation of anyone who loves and wants to protect their nation, and who is willing to put its citizens first.

Within hours, the club unleashed all its dragons on Trump, using every aspect of its global media dominance to vomit a never ending stream of fabricated lies and half truths. They manipulated video imagery, used statements completely out context, and ‘controlled’ talk shows to wildly speculate about every possible evil Trump ‘might do’. In every way they could, the club intentionally slandered Trump, and defamed his character as fast and as furiously as money and power could afford.

Because of the implied threat to other international trade agreements, such as the Trans Pacific Partnership (TPP), other global corporations feared that their economic and environmental raping and plundering of the US at will might be coming to an end as well, so every corporate monster in the world rallied behind the club to take Donald down. With almost unlimited resources, the club immediately made Donald out to be someone who disrespects the disabled, and is a despicable womanizer among many, many other faults. But, their corrupt coup de grace of ridiculousness, was the rumor that Trump was being financed and supported not only by Russia, but by Vladimir Putin personally! Make no mistake, the good ol’ boys club has paid false witnesses, fabricated false evidence, and deliberately withheld information from the public to corrupt and manipulate public opinion.

In fact, in the days leading up to election, the club did everything it could to crush Trump’s campaign, and failed spectacularly. Realizing they’d failed, that their enemy had just become infinitely more powerful and was now much closer to keeping his promises, the club turned its media into a recall machine, as they financed riots and discontent across the country, all heavily covered by their media with the slant that Trump must go. Their paid agitators planted evidence, deliberately caused public division and violence, destroyed public and private property, and bred distrust and hatred everywhere in the nation as instructed by the club. The good old boys also paid off every corrupt politician and corrupt cop (at the very highest levels of national law enforcement), and used their perverted positions to do everything they could to stop Trump.

But no matter how well financed, or how much media coverage they gave anti-Trump efforts, their efforts failed miserably. Now, in just few days Donald Trump will be sworn in as the 45th president of the United States, and within hours (unless the club pays to have him whacked beforehand) the very media that was once used against Trump will plummet in value, as virtually all government advertising and communication with the club owned media will be cut off, and Trump flexes presidential influence in national advertiser boardrooms. Select global corporate stocks will also take a massive hit, possibly toppling a few governments around the world. Waiting in the wings to buy the soon to be bankrupt US media businesses, are patriots who support the nation, and who will use the public address outlets to undo the vile work done by decades of corrupt global corporate control.

Within weeks of new ownership, it is expected that US media will once again begin fill American hearts with hope, not despair; with courage, not fear; with neighborly love, instead of hate; and with promise, instead of pessimism. Internationally owned corporations will be soon be forced to either leave, or comply with ‘new’ US regulations, as millions of good jobs are restored across the country, causing the US economy to suddenly leap forward. And most importantly, the horrible hurt and harm caused by foreign people who profited from US division and discontent can begin to be undone.

In answer to why Donald Trump won the election, he simply showed how brilliant he is, and how incredibly stupid the good ol’ boys are. Trump is a businessman; sometimes successful, sometimes not. But the one thing Donald isn’t, and that’s stupid. He is also no darn phony. He is who he is, and he makes no apologies for being so. He loves America with every fiber of his soul, and has worked his butt off to pursue his dream, accomplishing what he set out to do. Every luxury that he enjoys, and all the beautiful things in his world, are the direct result of his efforts. To illustrate his intelligence, years before the election Trump was running paid focus groups to test American sentiment on a whole number of issues. He then used that knowledge to get himself elected. The reasons Hillary Clinton lost the election was that good old boys grossly overestimated their current public control, and the American public knew she was being fully supported by enemies of their nation.

Soon the US will have a president who truly cares about America, an American patriot who is willing to do whatever it takes, and stand up to whoever he has to, in order make his nation great again. It has been decades since the United States of America has had a truly patriotic business person in the oval office. We predict wonderful things for our awesome southern neighbors, once they move past the hatred and hurt intentionally inflicted on their nation by corrupt global corporations and foreign governments.

The world is swirling with rumors and speculation about Donald Trump, but until he is sworn in, all the world can do is wait and wonder…

This story begins with was once one of the worst … 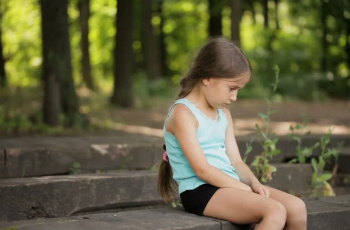 There was once a selfish old man named Abe, who’s …