Presenting The Enhanced Human Being By Ron Murdock

I came across an article about an enhanced human being on the Onion website that made me chuckle. The plot was that scientists are wanting to introduce a small group of ‘normal, well-adjusted humans’ into society. Now, how scientists will go about doing this remains open to speculation. Who knows what normal is in the strictest sense of the word, as what is normal for one person doesn’t work for another. ‘Well-adjusted to society’ is another matter, as that requires a sense of the absurd because of how the world is these days.

These ‘new’ types of human beings are said to be able to calmly reflect on any given situation and see things from other perspectives. I didn’t think these had to be specifically developed talents as meditation, mindfulness and being open minded would accomplish much of the same thing.

Looking at the picture with the story had me wonder about possible subliminal messages being provided. You had a young man who was neatly dressed, tidy, good haircut and a well-trimmed beard. Two things were behind the young man that was worth noting. One was a male technician with a clipboard looking like he was making sure the experiment ran according to plan. Alongside of the technician was a pick up truck with a cage in the back. I had to ask myself just what was with the cage and its primary purpose in relation to the story.

In what seems to be a mega project to build a bigger and better human, all we might accomplish is to breed more sheeple. It all depends if the ‘well-adjusted’ humans will be able to develop critical thinking or be totally under control of their handler(s). I don’t want to see these ‘new’ humans being used as an example of what a person is supposed to be like. To each of their own choosing, but I’d rather be myself with all the warts and good stuff that comes with me.

As good as these ‘new’ people will be packaged and marketed, will they be able to think independently or reproduce like the rest of us? I’m of those who can accept that all of us have a dark side, but will the ‘enhanced’ humans be genetically altered to the point that they really won’t be human? What if they are just programmed to behave the way they are supposed to?

Will these ‘new’ humans work out for the better? It remains to be seen but it does remind me too much of the novel “A Brave New World.” 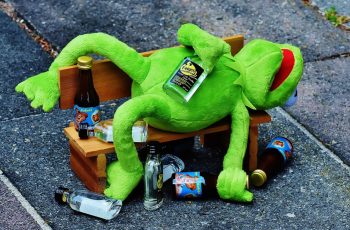 After I quit drinking, one of the first things I …

Assumptions About Jesus by Ron Murdock addresses common assumptions made …