Once there was a blind girl who hated herself, and everyone else, because of her blindness. The only exception was her wonderful, loving boyfriend. He was always there for her. She said if she could only see, she’d marry him.

As the years passed, surgical techniques became much more advanced. One day, a donor of a pair of eyes was found. She underwent the transplant surgery, and recovered remarkably well.

The day finally came when the bandages were removed. At long last she could see. Her boyfriend asked, “Now that you really can see the world, will you still marry me?”

She was revolted to discover that he was blind, and refused to marry him. He walked away crying.

Two years later, she wanted to thank the donor’s family and contacted the hospital. She dropped to her knees and sobbed as they informed her that the donor was a living donor, and gave her former boyfriend’s name, phone number and address.

A fragile and frail senior citizen stood in the line … 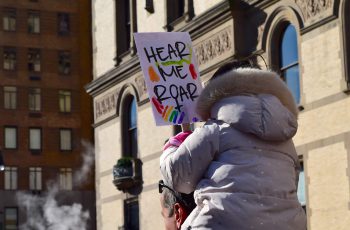 Most people want to do more to change the world! …