This article features the strangest restaurants in the world that we’ve found, and a large number of them are in Tokyo, Japan. There are diners where the waiters are dwarves, sushi bars with food served off naked ladies, and even toilet-themed eateries. This all begs the question, is the food actually any good? The answer is ‘probably not’, but having a good theme undoubtedly helps to get people through the door. This article takes a look at five of my favorite strange eateries around the world. 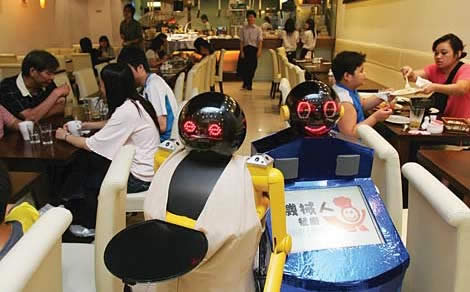 Ever dreamt of a Blade Runner-style future where robots co-exist with people? Look no further than Robot Kitchen in Hong Kong, where robots are employed to take orders and entertain guests. You can bark your order in computer code at the cyber waiter, while robotic dancers entertain you with their awkward Kraftwerk dance moves. In reality, these retro robots are more akin to Tron than Blade Runner, but kids will love them. And the restaurateur has apparently hired more human staff since the robots arrived to deal with things going wrong. So it looks like our jobs are safe for now, then. 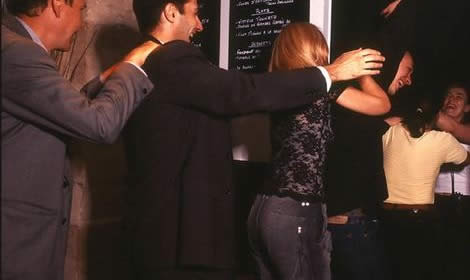 Darkness usually makes me think of scary films or romantic rendezvous, but Dans Le Noir is all about eating dinner in the dark. This unusual London restaurant employs blind waiters to guide you to your seat and offers a choice of four surprise menus. The idea is that by eliminating one of your senses, the others will be heightened. But it just leaves me wondering if the lights are off to hide the truth about what that chewy meat really is. 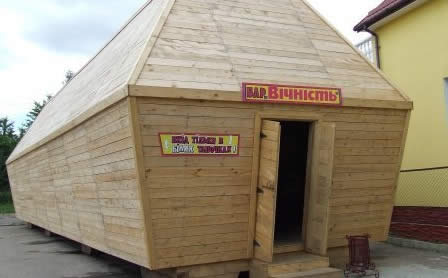 The lack of reviews of this bizarre death-themed restaurant in Turskavets, Ukraine suggests that it may not still be in business, but part of me really hopes so. Eternity is basically a 65 foot pine coffin (the biggest in the world) built by a group of local undertakers to attract more tourists to the area. Its interior is morbidly furnished with coffins and wreaths, and the dishes all have ominous names like ‘Let’s Meet in Paradise’. The perfect date for vampires. 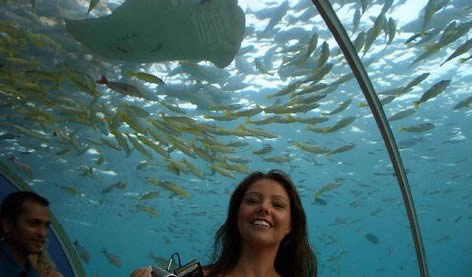 Ever fantasized about hanging out under the sea like Sebastian in Disney’s The Little Mermaid? Well neither have I, but that’s exactly what you can do at the luxurious Ithaa Undersea Restaurant in the Maldives. Serving a mixture of Asian and European food, Ithaa is situated 5 metres underwater in a perspex tunnel, with spectacular views of the sealife all around. This experience doesn’t come cheap, as the restaurant is owned by a Hilton hotel, spanning two private islands. But if money isn’t an object and you don’t fancy swimming with a mask and snorkel, why not give it a try? 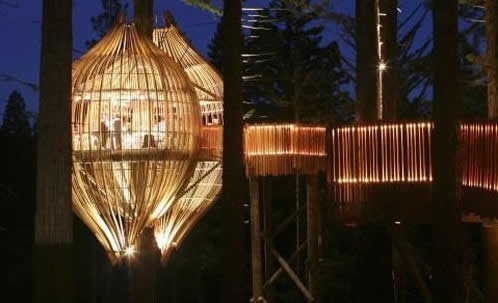 Situated 10 metres up a redwood tree in the middle of the forest, The Redwoods Treehouse is surely an unforgettable and unique dining experience. The chrysalis-shaped structure is made from entirely sustainable resources and only available for group bookings of up to 30 people (apparently it’s fully booked for ages). It was initially built as a marketing campaign for Yellow Pages, who wanted to show that you can do just about anything using the contacts in their directory. It looks like they succeeded, as well as creating something lasting and truly beautiful. 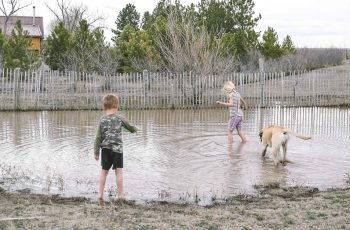 The Stewart Family, from the Hearts of the West, put …