When Love Was Illegal- The Michael And Spider Story

Imagine falling hopelessly in love with a person, but, to show your love for them, would have you arrested, beaten, jailed and possibly murdered. Well, it happened to two friends of mine, Michael and Spider over forty years ago. Perhaps it was coincidence, though I suspect the hand of destiny was responsible, but my life became intertwined with these guys when we were all barely old enough not to be called ‘boys’. 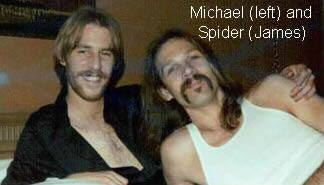 It was a crazy time of immense social upheaval, with the old guard literally willing to kill to protect its position of power, and a rising tide of peace loving challengers, whose might and numbers grew daily. Nothing in society was etched in stone, so, social rules crumbled like the walls of Jericho, sexual experimentation was common, and drugs flowed like a recreational tsunami. Amid the madness of the era, two under-aged guys in California, who had never met, and knew nothing of each other, just happened to get fake IDs and sneak into the same bar, at the same time, and on the same night (neither had ever been there before). Despite the packed crowd, they happened to make eye contact, and fell head over heels in love with each. Sadly, forty years later, they were forced to marry symbolically (the homophobic socially ‘slow’ freaks where they live still won’t allow same sex unions), and now, like me, they face the end of their lives coming at them like a run-away freight train. 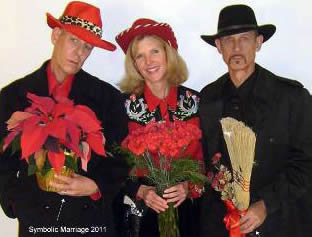 I met them about a year after they first met. Both of them were into music, though Spider (real name James, called Spider because he was a very active child who literally tried to climb walls) is a virtual musical genius. Michael (real name Michael, because it’s his name), though also very talented musically, has Oscar written all over him. He was born to shine on the stage and screen, but sadly, never professionally pursued the life of an actor. I became a ‘roadie’ for a band that Spider was the lead guitarist (and co-creator) for at the time, and got to know them over the next year or two. I was both curious about their attraction for each other (as a ‘breeder’, the gay life never really appealed me), and yet I felt terrible for them, knowing the battles that they faced in life.

Both of them had the odds stacked horribly against their personal survival, and the odds of them ever remaining a couple, were far, far worse. Despite homosexuality being illegal then, these amazing people not only fought for their love, they used it as way to open society’s eyes. They refused to let poverty, rejection, desperation, death of friends and desolation defeat them. Michael and Spider are a wonderful example of how love, when allowed, will supercede age, sex, race, religion and even distance. To me, Michael and Spider are not only friends, they are heros. When one was diagnosed with a devastating illness, the other became even more determined to stay, when so many others would have selfishly fled out the door. 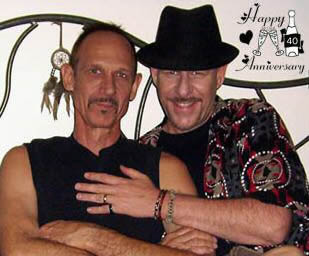 They have fought so hard, and for so long, yet continue to be denied the right to the dignity, and social acceptance, of being able to be legally joined as spouses. True love is true love, regardless of the gender. Because ‘traditional’ marriages today fail far more often than they succeed, the time has come to re-evaluate the definition of marriage. It is my belief that the only requirement for legal marriage should be love, and not what people have, or don’t have, dangling between their legs (excluding incest). Love, real love, is an unwavering commitment to each other, and it should never be forbidden due to age, ancestry, religion or sex. Take a few moments to visit Michael and Spider’s website, at www.michaelandspider.com, and learn more about these remarkable people. Michael and Spider are true American heros, and wonderful relationship role models, who have fought for decades, just for the right to love each other, and, I am very proud to call them my friends.

Note: Since this article was published, Spider succumbed to liver cancer. Michael performed with the psychedelic rock band the ‘Elegant Rabies’ he helped form, and has since met a wonderful man named Dave.

Jenna Talackova has won Miss Congenialty at the Miss Universe …