Mental Wanderings And Random Thoughts Part 12 by Ron Murdock is another list of wanderings and thoughts both mental and random.

Everyone is entitled to their opinion, but should it mean being trapped in delusional thinking?

Which is worse, waiting for the future to arrive so you can be happy then, or keeping your happiness stored in the past? Either way a person can be pretty miserable or happy – their choice – when living in the present moment.

Rather than providing advice, wouldn’t it be better to offer concrete assistance? Some advice is given by those so detached that they don’t, or won’t, realize they may be the one whose shoulder is being tapped on to help out.

It’s wise not to get tangled up in others dramas or issues, but it can’t be used as an excuse not to help out when the chance comes up.

It’s a very good idea to use at least one day per week as a Sabbath. This way one gets a full day off from their usual routine. They get proper rest from the daily stress so they get recharged and refreshed.

How many of what we humans do is like chasing the wind or soap bubbles? What exactly is being accomplished?… Here is something to ponder. How many religious folks find what they expect to after the moment of death?

One reason I like pragmatism is that it involves finding out how things actually work, rather than how things ought to work.

Stay tuned for the newest global soap operas called “As The Weirdness Continues” or “As The Conformity Mindset Spreads”.

One has to accept life for what it is, not for what you want it to be or someone elses version of it.

Learning how to think is no longer an option, but a necessity. Overall, I wonder why it isn’t encouraged, but it could be considered too dangerous by the control freaks as they would lose their power over others. It’s like some kind of cult practice operating behind the scenes.

I’m wondering something. The heart needs blood to function. The lungs need oxygen to run properly. The stomach needs food to digest. Therefore, does the brain need good information to process?.

I’m glad to hear a person say they don’t need another hole in their head. They already have five – one mouth, two nostrils and two ear canals like the rest of us.

When I hear comments like ‘as fate would have it’, ‘it’s not in the cards’ or ‘it wasn’t meant to be’ I think the person uttering them suffers from a defeatist mentality, or won’t make the necessary effort to achieve what they want in life.

A good question to ask yourself is how you deal with the fear in your life.

When something is advertised as ‘new and improved’, it may be new but is it really improved over what it replaced?

Sometimes the sky is bluer and the grass is greener on your side of the fence.

The way some people act they’re obviously not atheists, as they think they are God.

A man in Alabama was rumored to have offered ten thousand dollars to the person who found a girlfriend for him. A stipulation was that the relationship had to last at least six months before he paid out. I see him as really desperate and lonely, too much disposable income on his hands or trolling to see what kind responses he gets.

Some stories get so twisted around that it looks like a stripper with the rent due. It depends how long the story has been making the rounds and how many voices have told it.

How often will a person say the opposite of what they really believe in if it was to protect the ‘best’ interests of the group they belong to? 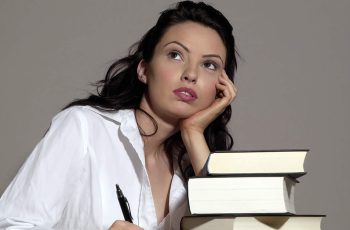 I’ve never been quarantined. But the more I look around …