Bob and Ellie Tupper are not just beer drinkers, they are beer detectives! They started logging notes of what their work as sleuths revealed in 1979, and have been going hard it now for 35 years. What prompted the unassuming, mild mannered couple from Bethesda, Maryland to delve into darkened taverns, risk clandestine sidewalk cafe consummation, and to be tempted by brewery basements tours all around the world? Well, their love for all things beer!

Then their quest for the best transformed Bob and Ellie from merely being consumers of malted refreshments, to creating Tuppers’ Hop Pocket beers, which were produced at the Old Dominion Brewery (now in Delaware). Tuppers’ beers were first released in the mid-1990s, and are the well-regarded forerunners of the now common genre of aggressively hopped American pale ales. But, brewing was not enough this adventurous duo, so, they’ve visited many states, and nearly every European country (several of them multiple times), to search out and sample every possible kind of beer.

Now retired from brewing, on June 2nd, 2014, Bob, a high school history teacher, and Ellie, a production editor of scientific books, downed their 25,000th beers amid a cheering crowd at the Lost Rhino Brewing Company in Ashburn, Virginia, just miles from where their long journey began. So, what secret did this charming couple discover in the foam splattered bottom of glasses? What unknown wisdom was obtained from all the dusty miles and barroom smiles? Well, Bob and Ellie’s quest taught them that life is best when warm friends use cold beer to toast love, camaraderie, and a sense of adventure. For those who want to know more about this barley legal detective agency, the Tuppers are publishing their guide to enjoying beer in 24 European cities this fall.

Recently I passed the 20 year mark in being celibate. … 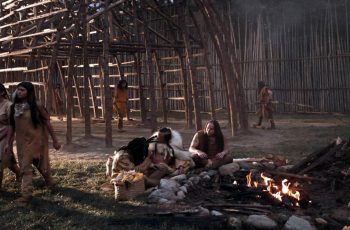 The Curse of the Axe And Ron Williamson North American …