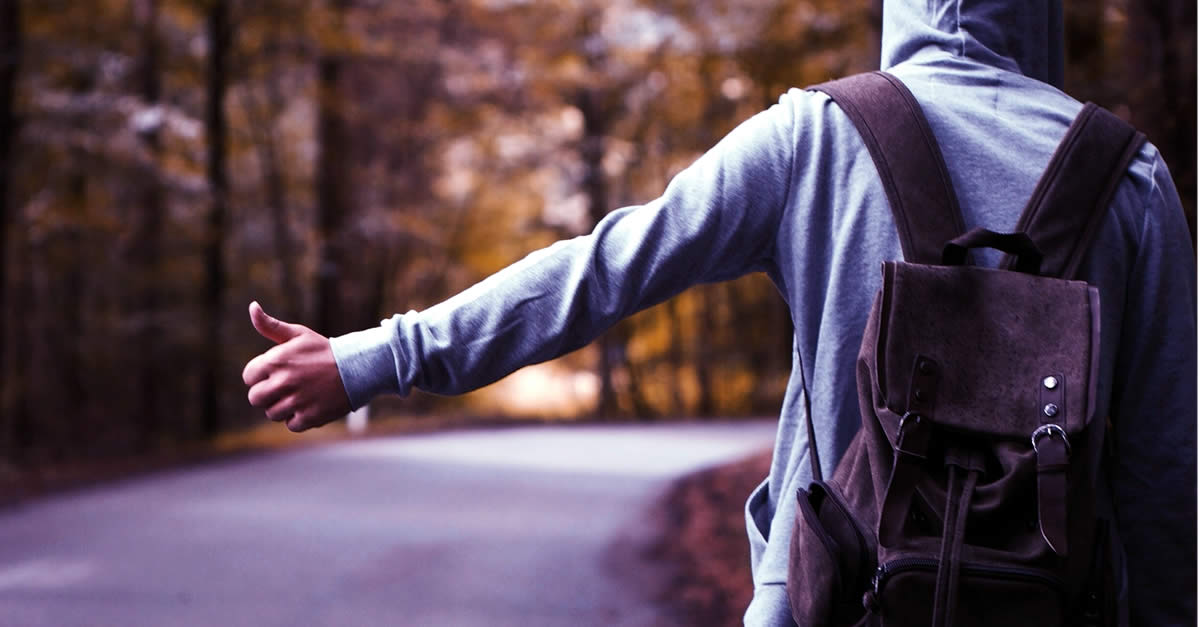 Hitchhiking – A Way Of Clearing My Head

There was a time when I hit the road on a whim. At times it was on my days off from work, other times I was on the road for weeks or months at a time. Usually I had a specific destination to head to; sometimes it was where the wind blew me. I hitchhiked from 1979 to 2015 before retiring from the road. It was a way of clearing my head of unwanted clutter and put things in perspective for me.

Advantages of hitchhiking are that it was cost fee in itself though I did buy many coffees and the odd meal for the driver. For the first few years I was getting rides primarily with males, towards the end of my ‘career’ I was getting more variety from women, even single moms and couples were stopping for me. I had some people picking me up for the second and third time.

I had some dangerous moments. One guy was in such a hurry to get to where he was going that he was passing trucks in the Fraser Canyon tunnels I got out of his car at the very first moment for obvious reasons. I refused rides if the driver was drunk or high. I got out of any cars if the driver was overbearing for any reason or if a male made sexual moves on me.

I had some long waits at the side of the road that lasted for hours. I slept a few times in a sleeping bag at the side of the highway. Once in Jasper I was looking at a number of female elk. A large bull elk came out of some trees and was heading my way. Thankfully I got a ride before the encounter got too intimate.

Hitchhiking In A Blizzard

I had a close call with death prior to Easter 1992. I was dropped off 20 miles east of Edmonton at 1 in the morning. Four hours later a spring blizzard roared through. The wind was strong and bone chilling. I got thinking I was within a half hour of freezing to death. About six a.m. someone driving a van pulled over. He couldn’t believe someone was out there, nor could I believe someone was on the highway in those conditions. I thanked him profusely and I will be forever grateful that he stopped. Could have he been an angel?

Another possible angelic encounter I had while hitchhiking was at Halloween 1990. I was moving from Vancouver to Cranbrook. At sunset I found myself at Osoyoos, I had just enough money for the first months rent in Cranbrook and a bag of groceries. Plus I was still hours away from Cranbrook. I prayed to the best of my ability for help. It wasn’t five minutes later when a pick up truck stopped with a dog in the back.

He wasn’t going to Cranbrook, but did offer to buy a Greyhound bus ticket for me. I gladly accepted. He gave me the change so I could get supper at a nearby Dairy Queen. I was surprised that his name was Ron, the same as mine. At the Dairy Queen we said a prayer together. I hopped out of his pick up truck. Moments later, I turned, his truck was gone. I would have seen him exit.

Slowness Deserves Praise According To Ron Murdock In praise of …

It’s not much use to tell people to look for …