Ray Bradbury wrote one of the best masterpieces called Fahrenheit 451, which also could be classified as a daytime horror. It’s one of the genres of books that includes The Handmaid’s Tale, 1984, A Brave New World, The Long Walk, and a short story called The Lottery by Shirley Jackson. None of the stories should be considered a ‘how-to’ book or an instructional manual, but as a warning of where we can go as a society.

It’s easier done than said to implement these ideas. All that has to be done is to create a fear situation that gets the majority of people demanding change. Most won’t, or can’t, realize the consequences of their actions, or be aware of the direction that they’re going. Anyone who wants to bring the truth out into the open is usually discredited or silenced. Still, we need more people who go against the grain, better known as the status quo.

Fahrenheit 451 describes a society where censorship dictates everything a person can do, say or think. In this society, every form of reading material was burnt to less than ashes. This because they eliminate all forms of new ideas that stimulate healthy activity. In short, garbage in – garbage out. It’s amazing how far unquestioned obedience to current social trends people are willing to conform to.

The turning point for the book’s ‘hero’ – Guy Montag – was a ‘chance’ meeting with a neighbour called Clarisse McLellan. She liked to be out at night to smell and see things as they were, not just as a blur. Living in the moment to this extent is an all-so-rare attribute, as most of us rush from one activity to the next. Clarisse asked Guy if he was happy, which put the initial seeds of doubt into his mind.

The world described in Fahrenheit 451 seemed to have people pre-occupied with mindless drivel, prescribed medication, and TV screens on up on all four walls. Needless to say, it kept people in a non-thinking state of mind, which eerily resembles today’s world in many aspects. Imagine living in a society where if one sat down to think, they were considered to be in need of psychiatric help. As were those who read books. Both groups would quickly be hauled off to the nearest asylum.

One of the oddest ‘characters’ of Fahrenheit 451, was the mechanical hound. Running on copper wire, storage batteries and electricity, this mechanical ‘dog’ could sniff out books anywhere and everywhere. Everything that this mutt did, it was programmed to do. Now I love dogs, but I’d rather have a rescue dog with a mind of its own, preferably from the nearest SPCA. 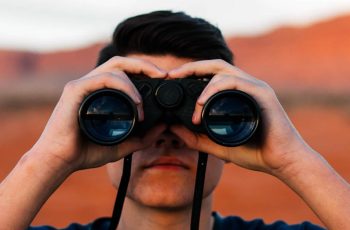 As I get older and less idealistic, I became more …