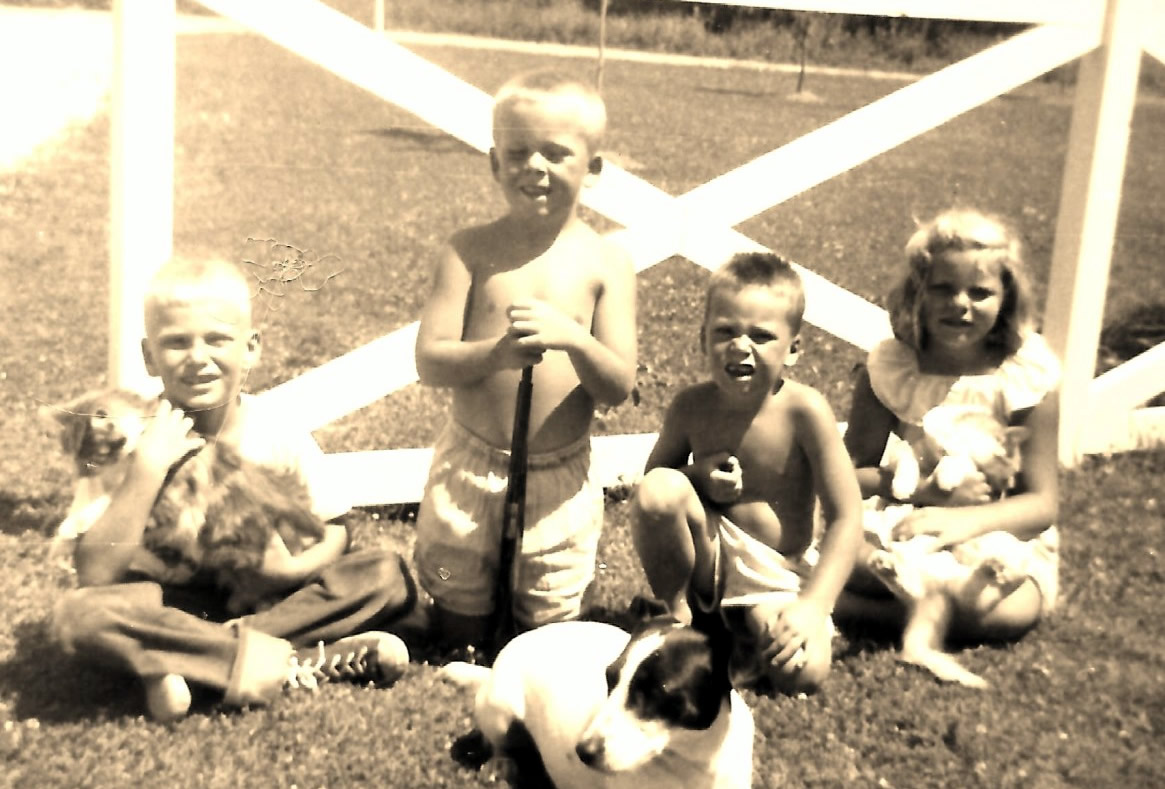 I consider myself to be a lucky guy to have grown up when I did, because things sure have changed a lot. It was a time when milk came in one gallon jars or quart bottles with tabs, soft drinks had caps, high shelves and hiding places were ‘foolproof’ devices, and the doctor’s office was the local pharmacy. The post office, hardware store, feed store and bus stop were all in one building, and a tractor pulling a water tank was the local fire protection.

‘Mobile homes’ were buildings pulled around on skids, more goods than money traded hands, and speaking of hands, folks actually knew what to do with them beside hold them out in need. Social services were provided by clergy and neighbors, about one town in ten was big enough to have a bank, and franchises weren’t even heard of.

Our fast foods were raw fruits and vegetables, the only additives in the stuff we ate were spices and basic ingredients, and ‘home cooked’ actually meant that food was cooked at home. The only drug wars going on involved gangs of silly people tugging on big strong ropes, drive-by shooting victims were road signs of various types and sizes, and though incomprehensible today, not only did folks say “Hi!” to each other, heck, they even knew each other’s names!

Talk about a ‘rack’ either involved teenage boys, large game hunting, barbecuing, and/or the rear window of a pickup truck. Hunting and gardening were a lifestyle not a pastime, most laundry machines had a wringer instead of a spin cycle, clothes dryers were lengths of line stretched between poles out in the yard, and shoes were ‘seasonal wear’.

Passing cars waved hello, children played outside, and most board games were either kids building forts, go-carts, treehouses, or playing ball with a rock. Almost all food was ‘fresh’, or was ‘canned’ in jars. People’s identities were determined by their dreams rather than their jobs, and rock and roll was something most often done in a porch’s rocking chair.

‘Pop music’ was kids tapping on empty soda bottles, flea markets were part of a flea circus, and people sewed – nor showed – rips in clothing. Politicians feared the public’s wrath, puddles became jumping pools, houses were built with porches, and respect for other folks was darn near a bylaw. People picnicked in parks, camped in their yards, and pitched in to help each other.

Swimming Pools Had Fish In Them

People patriotically waved flags but weren’t arrested and labeled terrorists, people paraded for non-sexual purposes, and veterans were honored and respected. The only ‘gangs’ around were social clubs that did good, ‘dance halls’ also served as town halls and courthouses, and the vast majority of swimming pools had fish in them.

Things Have Certainly Changed A Lot

And therefore my friends, I consider myself to be a lucky guy to have grown up when I did, because things have certainly changed a lot, and a whole heap of them there changes sure as heck ain’t been for the better.

I don’t know about the rest of the civilized world, …