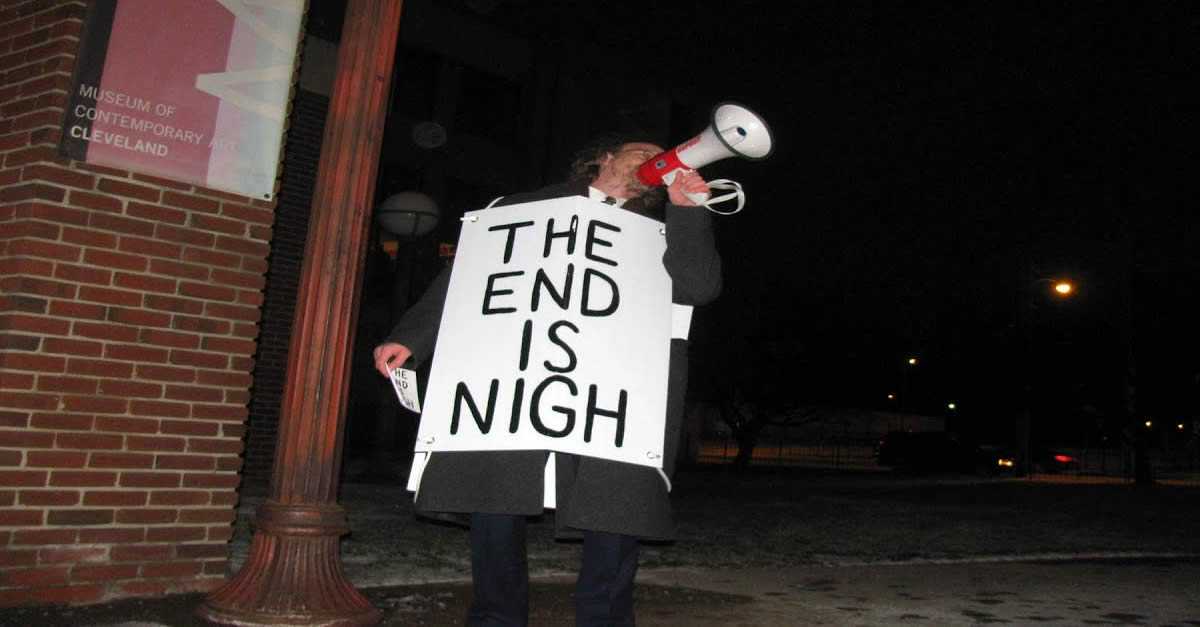 So, what is doomscrolling?

Well, doomscrolling is a new term coined during the coronavirus pandemic for the old habit of mindlessly scrolling through depressing news on your computer or phone for hours on end. For it seems as though people are obsessed with bad news, and checking for bad news, anxiously peering to see how many more have been infected? How many more have died? Oh, what can be done? Yep, Cornonavirus has given folks the time and reason to doomscroll their days away.

Doomscrolling More Popular Than Ever

To encourage their demented fascination with morbidity, headlines scream: “Medical Professionals Helpless”, “Death Counts Rise”, and “The Worst is Yet To Come”, and the more of the media manure that people read, the more emotionally disturbed they become. Always quick to take horrific advantage of any all all misfortune, and its love of sensationalism, irresponsible journalists have been doing their best to induce ever greater paranoia. Sadly, their despicable and irresponsible conduct is both destroying the fabric of society, and causing the collapse of small business and the entire middle class.

Now I reckon that ‘doomscrolling’ by conspiracy fans was happening long before Coronavirus ever came along, as throughout all of time there have always been those scouring through scrolls to find reasons to publicly cry, “The end of the world is nigh!” And, just like the doomsayers and viruses of yesteryear, the hype and hysteria that’s trending today will be forgotten tomorrow. Unfortunately, what will remain are the emotional and social scars caused by unmitigated medical stupidity an demented over-reaction by governments.

I get why people are doomscrolling, and why humans have a preoccupation with impending disaster. They should, as there are millions of ways that we can meet our demise. However, when we get to running from the mouth of one monster so darn fast that we unwittingly run right into the mouth of a much bigger and more horrific monster, as we have today, our behavior goes from rational to irrational. And that’s exactly what is taking place as people flee willy-nilly to secure themselves behind locked doors, filled with COVID hysteria, insanely viewing each other as an ‘enemy’, and the real public enemy, the government, as a savior.

Government Nothing But Huge Leech

Let’s be honest, government is nothing but a huge damn leech firmly attached to the public’s side, sucking the darn life out of it so it can survive. It is NOT a divine entity that comes to the rescue. It takes, not gives. If it appears to give, it is only so that it can take even more. It’s become horrific instead of heroic, and is using the crisis to further its sick and perverted agenda. You see, quarantine restricts the movement of sick people, while tyranny restricts the movement of healthy people, and there are a whole LOT of healthy folks being quarantined for no real damn real reason other than the masses of misinformation being fed to the masses.

Lives Are Being Destroyed By Psychotic Response

Lives are being destroyed, not by a virus, but by the absolutely psychotic response to a virus. As advised by my father, this makes me follow ‘the money trail’. Who is profiting, how, and why? Now while there are some doing great business with certain items, the real transfer of wealth is about to happen when banks foreclose on millions of loans and mortgages because payments can’t be paid, forfeiting down-payments, piggishly swallowing the interest and principal paid, and then reselling the property – again and again – as they repeat the process ad nauseum, making hundreds and hundreds of billions of dollars as they do.

So this old fart understands the recent global fascination with doomscrolling, because people are being manipulated like livestock. The public is being purposefully panicked, maliciously confused, and frequently lied to about this virus, and has blindly, also known as ‘foolishly’, chosen to believe and trust medical professionals who have made repeated colossal mistakes (such as the thalidomide disaster for one), and governments who are well know for lying and screwing the public over.

So today instead of trying to cope with mad cow disease, we now face mad man disease, and it’s gotten right the hell out of control.

Is the Face Slimmer for you? Is age beginning to …