Did You Know dogs are truly amazing? Here are some dog gone awesome facts about dogs that you might not know:

A female carries her young about 60 days before the puppies are born.

According to the Guinness Book of World Records, the smallest dog on record was a Yorkshire Terrier in Great Britain who, at the age of 2, weighed just 4 ounces.

The longest lived dog, according to the Guinness Book of World Records, was an Australian cattle dog named Bluey, who lived to be 29.

It is a myth that dogs are color blind. They can actually see in color, just not as
vividly as humans. It is akin to our vision at dusk.

If never spayed or neutered, a female dog, her mate and their puppies, could produce over 66,000 dogs in 6 years!

The only sweat glands a dog has are between the paw pads.

In 1957, the dog, Laika, became the first living being in space via an earth satellite.

The world’s smartest dogs, in order, are the border collie, the poodle, and the golden labrador retriever.

Chocolate can kill dogs, or at the very least, make them violently ill.

Dogs’ sense of hearing is more than ten times more acute than a human’s.

Dogs don’t like rain, because the sound is amplified and hurts their very sensitive ears.

Dogs were the first animals domesticated by people.

A greyhound can run as fast as 45 miles an hour.

Small dogs live the longest. Toy breeds live up to 16 years or more.

The dog name ‘Fido’ is from Latin and means ‘fidelity’.

The U.S. has the highest dog population in the world.

Most pet owners (94 percent) say their pet makes them smile more than once a day.

Dogs are mentioned 14 times in the Bible.

People who own pets live longer, have less stress, and have fewer heart attacks.

Seventy percent of people sign their pet’s name on greeting cards, and fifty eight percent include their pets in family and holiday portraits.

A dog’s whiskers are touch-sensitive hairs called vibrissae. They are found on the muzzle, above the eyes, and below the jaws.They can sense tiny changes in airflow.

Dogs can smell about 1,000 times better than humans. While humans have 5 million smell-detecting cells, dogs have more than 220 million. The part of the brain that interprets smell, is also four times larger in dogs than it is in humans. 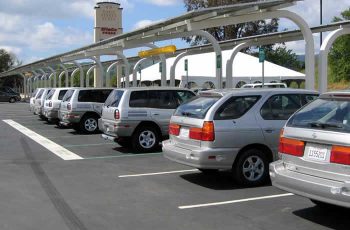 The Evolution of Electric Cars The biggest objections and obstacles …