Each one an introduction to the grandeur that is this vast and environmentally varied United States. We all want to visit as many as possible, and “we all” showed up to Yosemite the year my family made the trip there.

It never crossed our minds to turn around and leave the weaving line of cars that somewhere up ahead approached the entrance. We had, after all, made reservations two years ago to be here on this summer vacation’s day. Pity the poor people whom we saw driving back past us, looks of revengeful anger on their faces. “THEY didn’t have reservations,” we smugly commented, rolling our eyes at one another.

Our affirmation that we indeed belonged at Yosemite was substantiated when we handed the email ticket to the park ranger three hours later. Good thing we had filled up our tank right outside the park entrance.

It was soon obvious that the cars on the roads inside the park had become ants on ant trails, traveling one after the other in attempts to procure shelter at the home base nest.

“Didn’t we follow this guy before?” our older son pointed out. “There can’t be any other cars with his license plate that says CONFUSD.” I agreed that we had been trailing CONFUSD for quite some time when the sign for our destination appeared on the right: Curry Village. We left the car in front of us, assuming that eventually he would find his own way out of the maze and decide to change his plate to FOUNDIT.

Our accommodations we had chosen at Curry Village were the canvas tents, wanting to maintain a rustic camping atmosphere. Roughing it was going to be one step up, literally, as the tents were stretched over wooden platforms, each one, we discovered, about two inches away from the next. Our tent was big enough for the four of us, and we quickly dropped off sleeping bags and duffle bags, keeping our backpacks for a much needed hike away from the others in our insect community.

Making our way along the path through the woods: heaven-like rays of sunshine passing between canopy leaves from up above, birds singing as if beckoning to us to follow them. I felt like Bambi as I turned my head one way and another to catch the panorama of forest frolicking. The trail soon paralleled a steep embankment. My husband stopped to take a picture of a plant’s floral display.

“Whoa!” he soon yelled, flailing his arms over his head. We could see the bee that had chosen not to be photographed, and the camera that had been attached to my husband’s hands was catapulted into the space over the drop-off. Both sons opened their mouths, only to close them in wise decision making. We all were left to stare down, way down, into the depths of plant life that we knew none of us was willing to enter.

By the time we finished our hike, we decided to call our granola bars dinner and headed back to Curry Village. Dusk was upon us, as were yawns, so we settled down on the four cots provided in our tent and tried to fall asleep.

I heard a string of words I couldn’t make out.

“What’s that?” I asked my husband. “I can’t understand you.”

“I didn’t say anything,” he replied curtly, but the voice repeated itself.

The voice was getting louder now and a little agitated. Another voice joined it and sounded rather angry. Before we knew it, a full fledged verbal fight was going on two inches from our canvas walls.

“What are they speaking?” my husband wanted to know.

Maybe the man in the next tent had lost his camera, too, that day. Whatever it was, it wasn’t stopping any time soon.

We all turned our heads toward the platform on the other side of us then. A loud snoring buzz had started. At least someone was oblivious to the argument in our refugee camp.

“Okay,” my husband said, grabbing his belongings. “Follow me.”

We eagerly joined him outside of the tent on the way to the car.

“I think I saw a motel on the road before we got here,” he said.

Betty Mermelstein has written and published various works, including poems, humorous personal narratives, fiction, and nonfiction articles. Find her books Jib And Spinnaker: Sailors Of The Low Seas, A School Year Of Caring, A Spirited Inheritance and Seven For Reflection on Amazon.

Hubby and I were out shopping the other day, and … 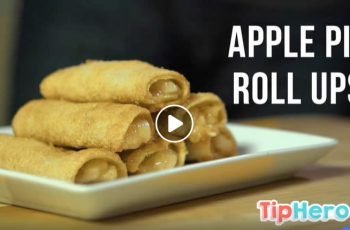 Bread, apple pie filling, sugar and cinnamon is all you …