I like Occam’s Razor, it goes that if you have two or more but equally good explanations of the same experience, you pick the simplest… Positive thinking is a great thing when used properly but isn’t worth anything if the appropriate action isn’t taken to achieve the desired results.

When you can write clearly and coherently enough, plus do good research on your subject matter, you’ve accomplished a lot to getting published.

Imagine telling one lie, expecting people to believe it, then speaking subsequent lies to back up the original one. I find rigorous honesty works a lot better. People may not like what they hear, but hopefully they will respect where you stand on any given issue.

As with most things, most of us don’t become experts but have to continually  practice to get better. This is especially true in several areas such as meditation, writing and spirituality… One thing humans need to do is to get involved with something that wakes us up to what is going on in our world.

Despite the mess the world is in, there is still order amidst the chaos. It’s so easy to get caught up in the mentality that life is meaningless, that we lose sight that the Universe is operating just fine.

It must have been a slow news day awhile back in Vancouver, B.C. The front cover on one of the major dailies was a couple at the nude beach in Penticton… A few months ago, in the same daily paper in Vancouver, was an article written by someone who wanted to reverse the aging process so that people could live to 1,000 years of age. I wondered why anyone would to do this considering how we treat each other, ourselves and the planet. Besides will the human race be alive then anyway?

Not long ago I went for a pre dawn stroll. As I did a nearby bar was playing very loud music, heavy on the bass. It was very hypnotic to say the least, and I wondered what the long or short term effects were on the patrons. Especially on those who had any number of alcoholic beverages in them.

There is an expression that goes “awfully good”. This is a contradiction if I heard one. Either it is awful or it is good. Which one is it then?

I don’t believe God is in the habit of providing quick fix solutions, but wants us to look at our habits in new ways to see what needs to be changed. At the same time, how many motivational speakers and new age gurus con people into thinking short cuts and taking quick fixes is the way to go, and expect things will change by this time tomorrow.

A priest in Poland attempted to exorcise a demon out of a teenage girl recently. Apparently it didn’t work, so the demon, through the teenager, texted the priest. Wouldn’t it be something if one text read: “Ha, Ha. Your exorcism didn’t work.

The effects of shift work on a person’s mind, body … 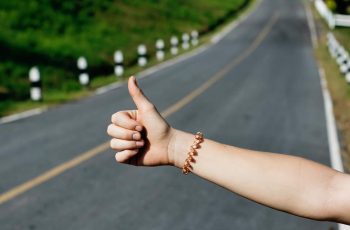 Hitchhiking Across Western Canada Part 1 Each highway had its …