The Inspiration For Indiana Jones Movies 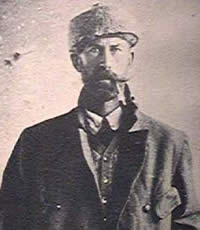 The character Indiana Jones wasn’t based solely on the imagination of George Lucas. Lucas suggested that the late Percy Fawcett, archaeologist, adventurer, and explorer was largely credited for inspiring the Jones Saga.

Fawcett was first sent to South America in 1906 where he mapped a significant area of jungle in Brazil. He then traveled to Bolivia when he received the assignment from the Royal Geographic Society. Up until his expedition, the region had been largely suspect, due to interests held by local governments and others. While searching the Amazon, he wrote in his diary that his party had encountered and shot an anaconda no smaller than 62 feet in length; itself today considered a cryptid.

He furthermore wrote that he’d seen other creatures which would make even today’s cryptozoologists gasp in awe including a cat-dog hybrid of sorts that remained elusive except on two face to face occasions. He was also the first to discover the double-nosed Andean tiger hounds. His lifelong career as an explorer was considered by many to be a huge success. But then things took a turn for the worst when he made contact with an elusive group calling themselves “The Glove.”

Do Not Send Anyone After Us

In 1925, he was commissioned to go into the Brazilian rain forest once again, this time to go into a dangerous region to uncover a lost city known only to him as “Z.” The significance of this city was a secret that seemingly died with Fawcett himself. As he boarded the train at the beginning of what would be a long journey, he repeated the instructions he had left behind in writing: “If our expedition is lost. Do not send anyone after us.” And there Fawcett’s story presumably ends. To date, over 100 people have died on expeditions searching for the lost explorer and/or his remains.

Beautiful performance by the Hungarian shadow theatre group, Attraction, on …

It was a cold winter’s day. The parking lot to …