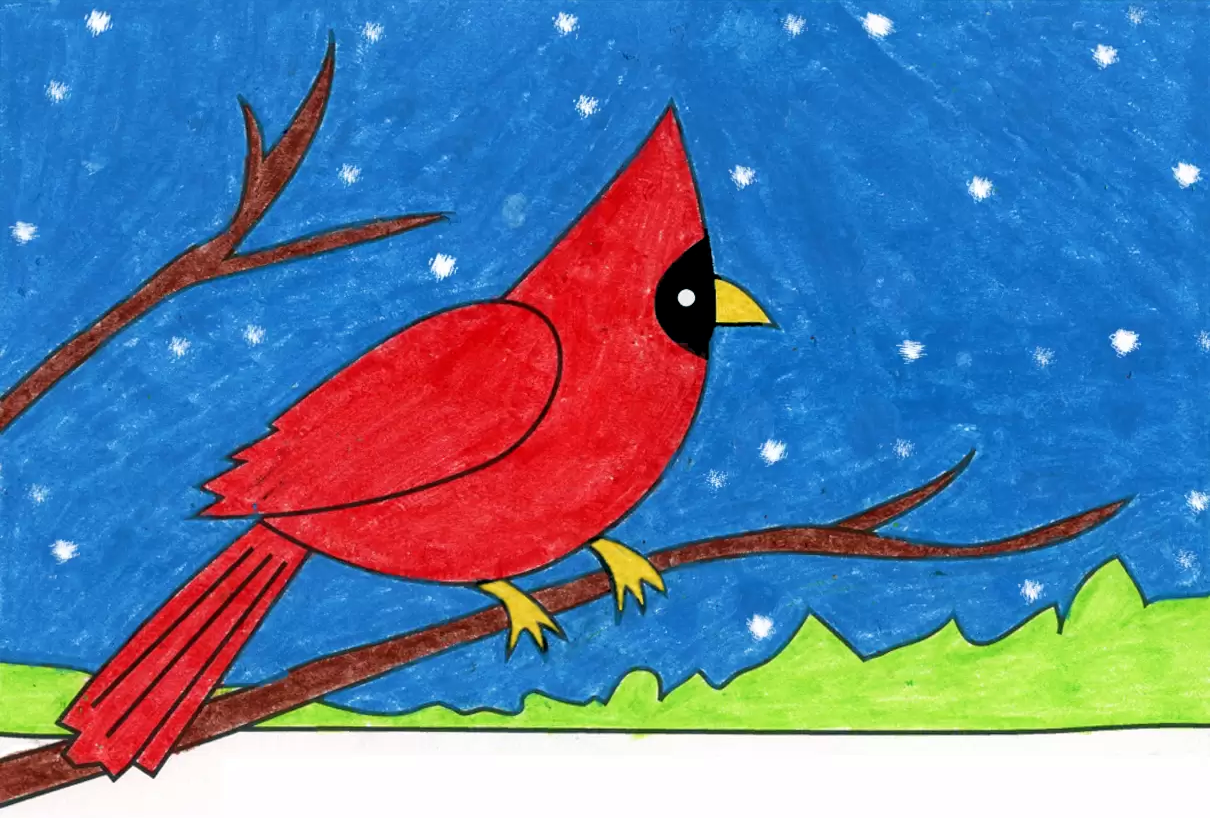 A Small Red Bird Landed Beside Her

Leah saw the glint of metal behind the can, and hoping it was a coin, picked it up. It was just an old bottle cap and as she held it, she started to cry, realizing that other than the ratty clothes that she wore, it was the only thing in the whole world that she owned. Then, as if to take away her tears, a small red bird landed beside her and began to sing the sweetest, purest song that its tiny soul could share.

After its song, the strangest thing happened! The little bird flew to her finger, and holding on tightly, tried to fly as if it was pulling her somewhere. Confused yet curious, Leah began to let the little feathered miracle lead her. And as the odd duo went down the street, passerby’s stopped and stared, shopkeepers came out onto sidewalks for a better look, and old folks smiled.

The newfound feathered friend led Leah to an old house that she’d never seen before. It had fallen into serious disrepair. Its curtains hung in tatters, its paint was chipped and faded, and the yard was wildly overgrown. Except, that is, for around one very old and very beautiful tree encircled by a tiny but beautiful garden. And in the garden was a bench, and upon the bench sat a very old woman.

The Bird Hopped Onto Her Shoulder

The bird suddenly began singing, and as the old woman turned her ancient yet remarkably brilliant eyes to Leah, the bird released its grip and flew down the garden’s path to the old one’s shoulder. The old woman smiled warmly, and gestured for Leah to join her on the bench. As Leah sat down, the bird hopped onto her shoulder, sang a bit, and then flew into the tree.

The woman said that her name was Adele, and asked Leah hers. And as they spoke, Leah felt like fear and pain and loneliness and hunger and time had vanished. In fact, it felt incredibly magical, as if Leah had somehow entered into another world. The woman invited Leah in for a cup of tea and a bite to eat, and as they rose to go inside, the little red bird sang it’s way to a windowsill ahead of them.

Leah was shocked to see that the inside of the house was every bit as neglected as the outside was. So, as the old woman heated water and gathered treats, Leah began to ask about her life, and why things had been allowed to fall into such a state. She learned that Adele had been the mother of four, a wife, and a school teacher.

But Adele was none of those things anymore. Her husband had passed from a heart attack, her children had perished in a terrible accident, and she’d lost all desire to teach. The garden around the tree had been created by her and her family, and it was where she felt closest to them as she waited for the scythe of time to harvest her.

Adele shared photos and tales, and even held out a poem that her daughter had written for Leah to read. But the look of fear and confusion that appeared Leah’s face instantly told Adele that the poor girl couldn’t read, so as she tucked the poem back into a box, she said , “Oh never mind dear. I’m just being a silly old woman caught in the past!”

Things That A Child Should Never Know

Adele then asked about Leah, and could not hold back her tears as she heard things that a child should never know. Learning that Leah was homeless, Adele insisted that she stay with her. And again, it all felt so incredibly magical, as if they’d both somehow entered into another world – all as a beautiful little bird watched through the window. Over the next few years Leah learned a great many things, and Adele’s life, home and yard became truly beautiful once again.

When the day came for Adele to join her family, Leah learned that she had left everything to her, which surprisingly included the home and garden, several million dollars, and some very expensive jewelry she found in an old box under the poem that Adele’s daughter had written. Opening the poem, and now able to read, Leah’s eyes teared as she read what had been written so long ago:

“There once was an old woman,
who was so sad, and so blue,
that she sat in her garden,
not knowing what to do.

And together they grew
like flowers under the sun.
And they shared, and they cared,
and they had ever so much fun.

And below the poem was a drawing of a little red bird in a very old tree. A little red bird just like the one that had led Leah to a new and wonderful life years before.

And The Moral Is

The moral of this story is that some of the greatest tales that this world’s ever, ever heard, have been whispered into ears and hearts by a ‘little bird’.

Leah And The Little Bird Was Written by Will Lewis

I don’t know about the rest of the civilized world, …