I really need a clone, a person exactly like me to share the workload. The technology is there, and I wonder why they haven’t actually done it yet.  I brought the subject of cloning up to Hubby the other night.

Me:   “Are you kidding!  That would be great! I could send my clone out to do the shopping, wash the dishes and shovel the snow. I could sleep in while my clone did housework and cooked.  All I’d have to do is my writing, artwork, and play cards on Tuesdays with the girls.”

Hubby:  “If you actually had a clone, what makes you think it would listen to you?   Assuming that your clone is just like you, I can see a battle brewing.   What if your clone didn’t want to clean the toilet, and wanted to play cards on Tuesday instead?  Who would get to go, you or your clone?”

Hubby.  “And if your clone acted like you, all we’d have is a big fight.”

Me:  “I’ve got it!  We could have you cloned too and your clone could deal with my clone while I’m out at cards.”

He’s got a point. I may have to rethink this cloning thing.  Mentally I’m preparing a pros and cons list, and so far it’s looking dim for the clone.

I can see that we’d have to have a separate house for the clones. If they’re exact copies of us, we wouldn’t be able to stand them for more than a day or two. Not that we’re awful people, but it would be like having company.  There would be double the burps and farts, and twice the amount of beer and chips to buy.   They’d want a two week holiday and whine until they got it. Then there is the matter of who would get to drive the car, and spend the paycheck.   What if my clone  showed up at a party with the same outfit as me?

Someone would eventually clone the famous people and we could end up with a Patsy Clone, or a George Cloney. The stunt people for movies would be in the unemployment line.

The more I thought this over, the more wrong the idea became. Am I wishing for a slave? That’s just morally wrong.  And what if I had medical issues and needed a transplant? Would the docs just slice and dice up my clone to save me?  Would the so called real people, consider the clones people too?

Suddenly it hit me. If we were truly exactly alike, how would they know which one of us is the clone? That’s just too darn scary to think about!

No wonder they haven’t done mass cloning on people yet. If they all thought like me the world would be a mess. I’m glad I’m not in charge of this kind of thing! One of me in the world is plenty.

We had better leave the twin thing up to God, and just mind our own business.

Caught shoplifting, Harry was taken before a judge accused of … 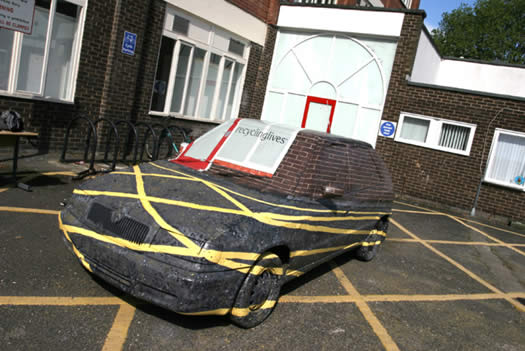 It Was An Accident! Well, I’ve been there and you’ve …