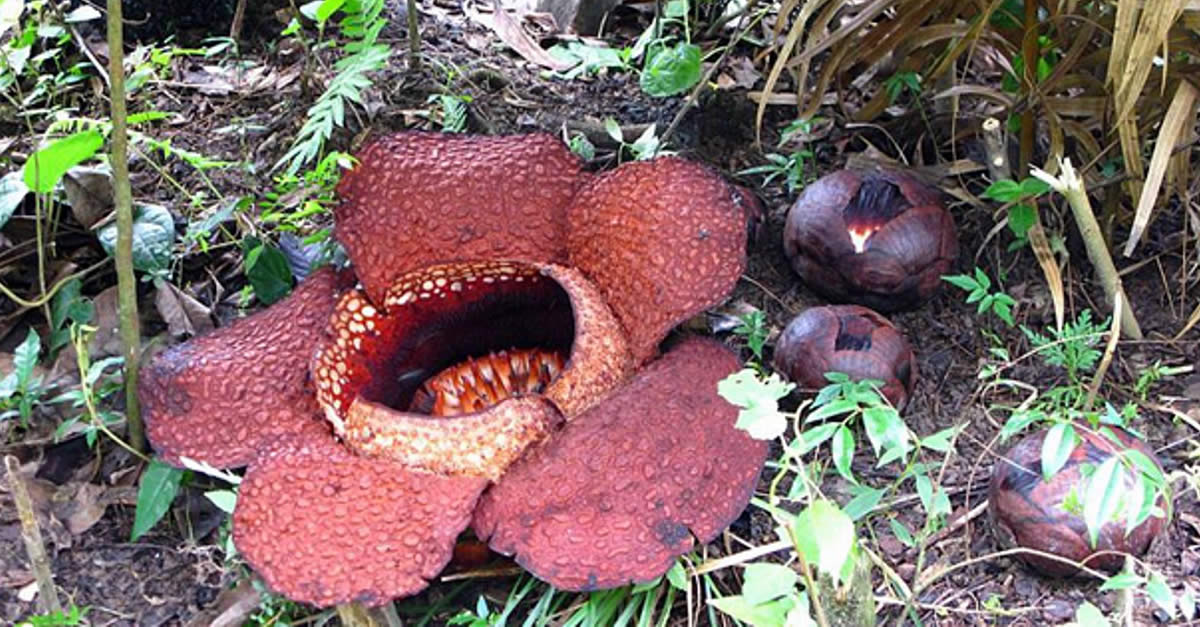 Rafflesia Arnoldii Is In The Parasitic Family

Rafflesia arnoldii is in the parasitic family, and therefore does not have any roots, stems or leaves. Instead, it grows within the woody stems of the vine Tetrastigma, a relative of the grape. Occasionally a large Rafflesia Arnoldii flower bud, resembling a pale orange cabbage, breaks through the bark of the host vine and expands into an enormous blossom that’s up to 3 feet in diameter, and weighs up to 25 pounds!

Up To Four Million Seeds

A single female flower may produce up to four million seeds which are dispersed by a variety of animals, from ants, tree shrews and squirrels, to the feet of wild pigs and Asian elephants. If a seed becomes lodged in a moist crevice on its host vine, it germinates and penetrates the host tissue where it proliferates into a network of microscopic filaments of cells.

These fungus-like networks of vascular tissue eventually give rise to a mammoth blossom that pushes out through the host stem, making Rafflesia one of the most intriguing and unusual plants on earth. The chances of a seed finding a host vine are slim, and massive deforestation has further decreased the odds of this remarkable event. Recently the governments of Indonesia and Malaysia have begun to recognize the marketable curiosity value of this plant and ecological preserves are being established.

Oh boy, suddenly it’s winter! Although there is not much …