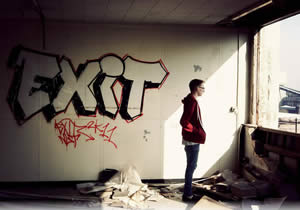 Shawn was gay. He had always been gay, and would remain so for the rest of his life. Which was about to end. Shawn planned to kill himself.

He was fifteen years old and tired of the side-eyed looks, the whispers behind his back, and the open harassment that he had to endure every single day. The horrible irony of Shawn’s life was that he was a warm, caring and beautiful person, who would do anything for anyone, at any time. But now he’d come to really believe that no one truly cared for him.

He had been beaten up at least once a year since he began attending school, and his teachers, who should have been dispelling homophobic fears, were just as guilty of them as his classmates. He had struggled so hard to make friendships, but they inevitably ended with people hurting his feelings. And, though his parents went out of their way to make him feel loved, he suspected that they were really ashamed of him. Shawn slowly slipped a cartridge into the pistol’s chamber, locked the magazine into position and laid it on a dust covered desk.

Crying, his hand shook violently as he began his farewell note. But the words became a blur through his tears, as from the very center of his soul, sobs burst forth. Suddenly, all the years of fears, humiliation, frustration, hurt and anger became a volcanic eruption of emotions. He screamed in anger at the injustice of his life, tears streaming down his face, but there was no one to hear him. He was all alone in the upper office of an old abandoned factory, a fitting ending for a life so misunderstood.

Finishing his note, he picked up the gun, placed the barrel against his temple and slid his finger onto the trigger. Just as he began to squeeze, he heard the sound of distant voices. Lowering the gun, he walked over to the broken window. The voices soon grew loud enough that he could tell it was a group of boys chasing someone, as they shouted, “Get him!”, and “We’re going to get you, boy!” Suddenly, a small boy riding a girl’s bike rode into view, his face beet red and little legs pumping furiously to outrun his pursuers. A few yards behind him were five older boys on bikes, obviously intent on being cruel to the boy.

Shawn knew the child’s fear, and he felt anger boiling forth inside him. But before Shawn could react, another boy, the same age as the pursuers (and strangely familiar), flew into view, smashing his bicycle into the pack of boys, sending them all tumbling. The rescuer, Rodger, immediately leaped to his feet and challenged the boys to get up and fight. One of the boys took him up on his challenge, jumped up and came at him swinging wildly. Rodger deftly dodged the blows, then delivered a punishing uppercut to the boy’s jaw, dropping him like a sack of potatoes. The other boys then grabbed their bikes and took off home.

The small boy came over to Rodger. He looked up at him and said, “Thanks. But, why did you help me?” Rodger got a sad smile on his face and said, “I did it for my neighbor. His name is Shawn, he’s an older kid and he’s gay. I have watched people torment him all of my life, and I always wished I could have done something to help him. So, when I saw those guys chasing you, well, I just could not stand it anymore, I just had to help.”

Once again tears leapt to Shawn’s eyes, but this time they came as he slid his finger off the trigger, and a smile crept across his face. As Rodger and the little boy hopped on their bikes and rode away, they never knew that they had just saved someone’s life, and in the process, restored faith and hope to a soul who felt forsaken. Shawn also realized, that although he’d never known it, his strength, perseverance and compassion had profoundly touched the lives of people around him, and in ways that he had never imagined.

By Colin Black My pal Bob and I, used take …

This is a new website domain name email scam for …