It wasn’t what I wanted to hear first thing in the morning. Literally the first thing I heard after getting out of bed was the death of Robin Williams. I could hardly believe his death was an alleged suicide as a result of depression. I wonder how much of the full story we got, as Williams seemed to have everything a guy could ask for in life.

I was a big fan of Robin Williams as I found his artistic talents quite diverse. I didn’t catch very much of his stand up comedy routine, but I enjoyed his facial expressions which were almost worth the price of admission itself. I plan on doing some catching up here in the near future whether on cable or YouTube.

I found William’s acting ability very diverse as witnessed in The Fisher King, Mrs. Doubtfire, Awakenings and Good Morning Vietnam. Both Robin Williams and John Cleese were two actors that showed their talents in both comedy and dramatic roles.

I’m going to miss Robin Williams big time. I’m just getting out of the funk, even though it’s been over a week since he died. I would like to know if Williams and George Carlin are wowing audiences where they are now.

Here’s a few facts about ‘A Charlie Brown Christmas’ that … 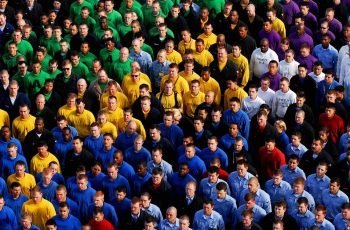 The tribe often thinks the visionary has turned his back …