‘I refuse to answer that question on the grounds that I don’t know the answer.’ – Douglas Adam

‘It is not death that a man should fear but he should fear never never beginning to live.’ – Marcus Aurelius

What happens after the moment of death is probably the most asked question in human history.

There must be countless perspectives and opinions on what does happen and where we go after we die. But I suspect most, if not all of it, is theory, wishful thinking or speculation. For myself, I have no idea what actually happens as I’ve never experienced death, an NDE or anything close to it. So it is a matter of time before I do find out exactly what does happen. But, I would say dogs must be involved or I don’t want to be there, but that is because I like dogs so much.

The two most well known places of the afterlife are Heaven and Hell. I won’t mention all the misconceptions about either place, but as I see it spending eternity in Hellfire is little more than intimidation tactics to keep ‘believers’ in a state of fear. The attitude of my way or the highway doesn’t do much for me to attend some religious services.

There must be some significance to our existence on Planet Earth. I can’ see life starting at birth only and ending at death. It would defy logic to think our spirit would just disintergrate like Alka-Seltzer in a glass of water. I think there is a lot more to Heaven than what is told us. I can see Heaven consisting of different levels depending on how one lived in the realm. But I can’t say more as I just don’t have enough information to support what I just wrote.

For Hell I imagine there are different aspects here too. The darkest realms are reserved for the most evil of humans. Overall I see Hell being a place of grayness with no other colour whatsoever. People here would wander aimlessly thinking of what could have been if they had done things differently on this plane of existence.

I don’t believe anyone really knows what happens after they die no matter what the ‘experts’ have to say here. For the most part we may be sitting on a low island on a sea of ignorance. No matter what happens prior to birth of after death, it is more important to have a life between these two moments. 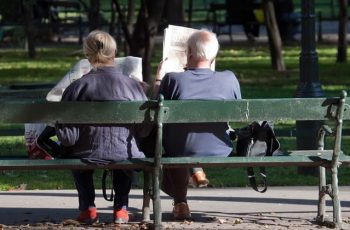 There has been a lot of fake news lately, which …