Born With The Capacity To Laugh 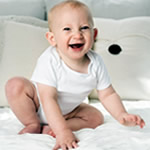 Laughter is part of the universal human vocabulary. All members of the human species understand it. Unlike English, Spanish or Swahili, we don’t have to learn to speak it. We are born with the capacity to laugh. One of the remarkable things about laughter, is that it occurs unconsciously. You don’t decide to do it. While we can consciously inhibit it, we do not consciously produce laughter. That’s why it’s very hard to laugh on command, or to fake laughter. (Don’t take my word for it: Ask a friend to laugh on the spot). Laughter provides powerful, uncensored insights into our unconscious. It simply bubbles up from within us in certain situations.


Laughter Is Social And Contagious 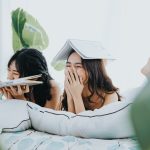 Very little is known about the specific brain mechanisms that are responsible for laughter. But, we do know that laughter is triggered by many sensations and thoughts, and that it activates many parts of the body. When we laugh, we alter our facial expressions and make sounds. During exuberant laughter, the muscles of the arms, legs and trunk are involved. Laughter also requires modification in our pattern of breathing. We also know that laughter is a message that we send to other people. We know this, because we rarely laugh when we are alone (we laugh to ourselves even less than we talk to ourselves). Laughter is social and contagious. We laugh at the sound of laughter itself. That’s why the ‘Tickle Me Elmo’ doll was such a success — it made us laugh and smile. 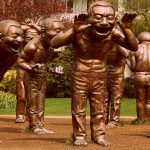 The first laughter begins at about 3.5 to 4 months of age, long before we’re able to speak. Laughter, like crying, is a way for a preverbal infant to interact with the mother and other caregivers. Contrary to folk wisdom, most laughter is not about humor; it is about relationships between people. To find out when and why people laugh, I and several undergraduate research assistants went to local malls and city sidewalks and recorded what happened just before people laughed. Over a 10-year period we studied over 2,000 cases of naturally occurring laughter.

Brains Make The Decision To Laugh 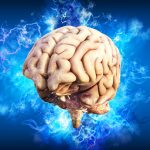 We found that most laughter does not follow a joke. People laugh after a variety of statements, such as “Hey John, where ya been?” “Here comes Mary,” “How did you do on the test?” and “Do you have a rubber band?”. These certainly aren’t jokes. We don’t decide to laugh at these moments. Our brains make the decision to laugh for us. These curious “ha ha ha’s” are bits of social glue that bond relationships. Curiously, laughter seldom interrupts the sentence structure of speech. It punctuates speech. We only laugh during pauses when we would cough or breathe. 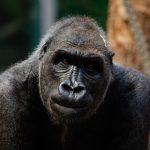 We believe laughter evolved from the panting behavior of our ancient primate ancestors. Today, if we tickle chimps or gorillas, they don’t laugh “ha ha ha”, but exhibit a panting sound. That’s the sound of ape laughter. And, it’s believed to be the root of human laughter. Apes laugh in conditions in which human laughter is produced, like tickle, rough and tumble play, and chasing games. Other animals produce vocalizations during play, but they are so different that it’s difficult to equate them with laughter. Rats, for example, produce high-pitch vocalizations during play and when tickled. But it’s very different in sound from human laughter.

Laughter Has A Bonding Function 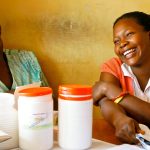 When we laugh, we’re often communicating playful intent. So laughter has a bonding function within individuals in a group. It’s often positive, but it can be negative too. There’s a difference between “laughing with” and “laughing at.” People who ‘laugh at’ others, may be trying to force them to conform, or casting them out of the group. No one has actually counted how much people of different ages laugh, but young children probably laugh the most. At ages 5 and 6, we tend to see the most exuberant laughs. Adults laugh less than children, probably because they play less and laughter is associated with play.

Laughter Is The best Medicine 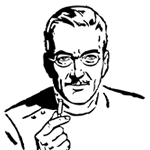 We have learned a lot about when and why we laugh, much of it counter-intuitive. Work that is now underway, will one day tell us more about the brain mechanisms of laughter, how laughter has evolved, and why we’re so susceptible to ‘tickling’, one of the most enigmatic of all human behaviors. And because laughter is said to be the best medicine, laugh with all your heart and soul. 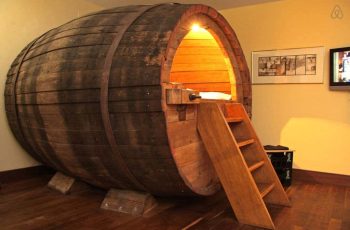 Avoid all the hassles of traditional education, just do what …