Nestled in northern British Columbia is an ancient rainforest hidden in plain sight. About an hour east of Prince George, BC, (113 kilometers – 70 miles) the The Ancient Forest/Chun T’oh Whudujut Provincial Park has become a popular tourist stop. The canopy of primordial Western Cedars (Thuja plicata) tower like organic skyscrapers in a biological metropolis. These marvelous monstrosities range up to 213 to 230 feet (65 to 70 meters ) tall, and have trunk diameters that run from 9.8 to 13.1 feet (3 to 4 meters), and even much larger. The trail officially opened on June 4, 2006. In 2016, 190 hectares of the Ancient Forest was designated as a Class A Provincial Park, and was given an additional name; Chun T’oh Wudujut (Lheidli language). The province of British Columbia has applied for it to receive Unesco World Heritage status.

Perfect Outing For Those Who Are Mobility Restricted 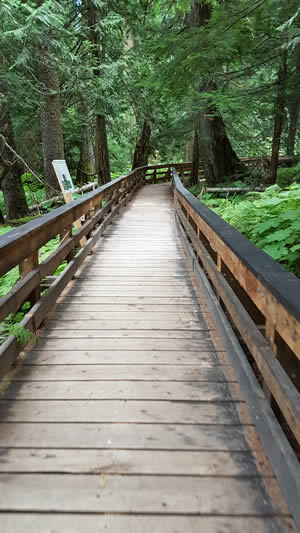 The lower slope above the parking lot is lined with daisies, bull thistle, elder and thimbleberries. A slight incline leads to diverging paths. Going to the left takes one along a wheelchair accessible cedar planked walkway that meanders through the lower region of the forest. It winds along rock faces and giant tree trunks, and passes over tiny secret streams flowing from invisible springs, each sweetly gurgling greetings barely audible to the human ear, as they swirl and twirl to join larger streams. This is a lovely and very easy walk, ending at a stream slipping gently down the slope. It is the perfect outing for those who are mobility restricted.

The air is 2-3 degrees warmer here than it is on the upper slopes of the forest. To enter, they are accessible by rough cedar planked paths and staircases that rise higher and higher into the heart of the forest. The trail is an easy-moderate hike, marked with lots of interpretative signage, that leads visitors through dense brush that begins to thin to reveal a forest floor straight out of a Jurassic Park movie. The huge leaf span of Devil’s Club cleverly hide their armor piercing thorns, waiting for unsuspecting flesh to shred. Through the lower trees, the distant foothills of the Rocky Mountains form a magnificent backdrop, creating some of the most special and spectacular scenery on Earth. 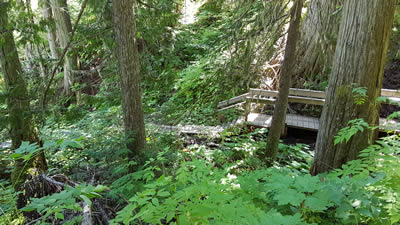 As visitors continue working their way up the mountain, patches of red elder berries and thimbleberries compete for scattered patches of sunshine beaming and streaming through cedars towering hundreds of feet above. These stoical long standing sentinels are centuries old, monarchs of the mountains. From their branches, older than the nation of Canada, hairy moss hangs high above ground moss and lichens adorning tree trunks large enough to live in. A stillness soon falls over the landscape, as sky becomes obscured by fantastic foliage frantically fighting for precious sunlight.

Visitors commonly sense a form of spiritual flow in and around them in the ancient forest, as living beings as large as office towers stand defiant against time, coniferous druids murmur ancients spells that no human ear can hear, their roots forming primordial runes, and their powerful 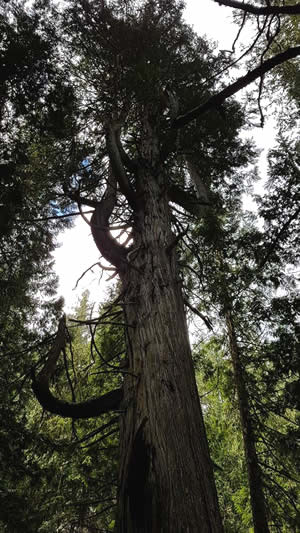 magic creating groves of monstrous majesty. In the rare patches where the land slopes gently, swampy soil is home to moist meadows of skunk cabbage and wild ginger. In almost every shadow, rotting vegetation hosts a myriad of fungi; with different species visible depending on the time of year the forest is visited.

Soon a small sign directs visitors to visit ‘Treebeard’, a giant moss covered cedar that looks remarkably like its namesake from the Lord of the Rings trilogy. Climbing higher, the trail follows a small creek darting in and out of the undergrowth on its way toward unseen depths below. Here, it is a dark surface shimmering under overhanging leaves, there, a tiny sunlit waterfall fit for dancing elves and flitting fairies. Everywhere nature holds its breath as humans pour through the forest, waiting for the setting sun to drive them away, so that the cycle of life can continue, unseen, unheard, and unhurried.

Climbing even higher, the bright sound of the brook slowly gives way to a deep, almost deafening silence, as giant cedars dwarf all life. There is an eerie absence of birds, small rodents and many types of insects, but there’s good reason, for the bark and wood from these colossal Western Cedars can be toxic to types of birds and small animals, and is a repellent to certain insects. The diverse ground cover now gives way primarily to devil’s club, with clumps of wild ginger and dainty wild flowers spattered here and there. There is a serenity that fills the air, an ancient ambiance of peace and solitude that calls to hidden senses, reminding us of our ties to the Earth, and all life upon it. 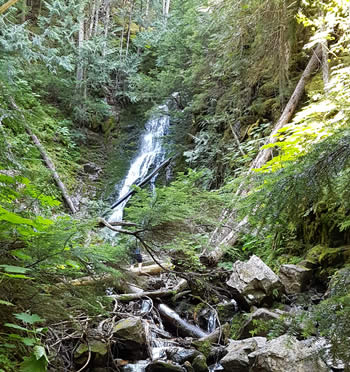 Farther up the path there is a sound like whispering wind that begins to grows ever louder. Step by step the ascent continues as the sound grows louder, and soon it takes on a frantic tone. Suddenly a rushing creek tumbles past the path, bouncing and gurgling down the mountain, hinting of the beauty about to be revealed. A few more meters of hike reveals the spectacular hidden waterfall. This is the highest point of the climb, where visitors are rewarded with a cool forest floor, ice cold creek water, and wonderful views of cascading water wildly tumbling over a cliff. Both the climb and the scenery are truly breathtaking, and with just the slightest squinting of the eyes and a touch of imagination, the view reveals a magical realm of elves who watch unseen from the shadows.

After a refreshing break, the trail back gives more time to leisurely observe and reflect on the dazzling beauty in every direction. As the trail has more than one route, it is suggested you ascend one way, and then descend another. Every turn of the hike is an experience in epic beauty during all times of the year. Chun T’oh Wudujut is truly a magical place, an ancient forest of the most magnificent variety, where spiritualists are re-energized, tourists are enthralled, and children are amazed.

One Of Those ‘Must Feel’ Places 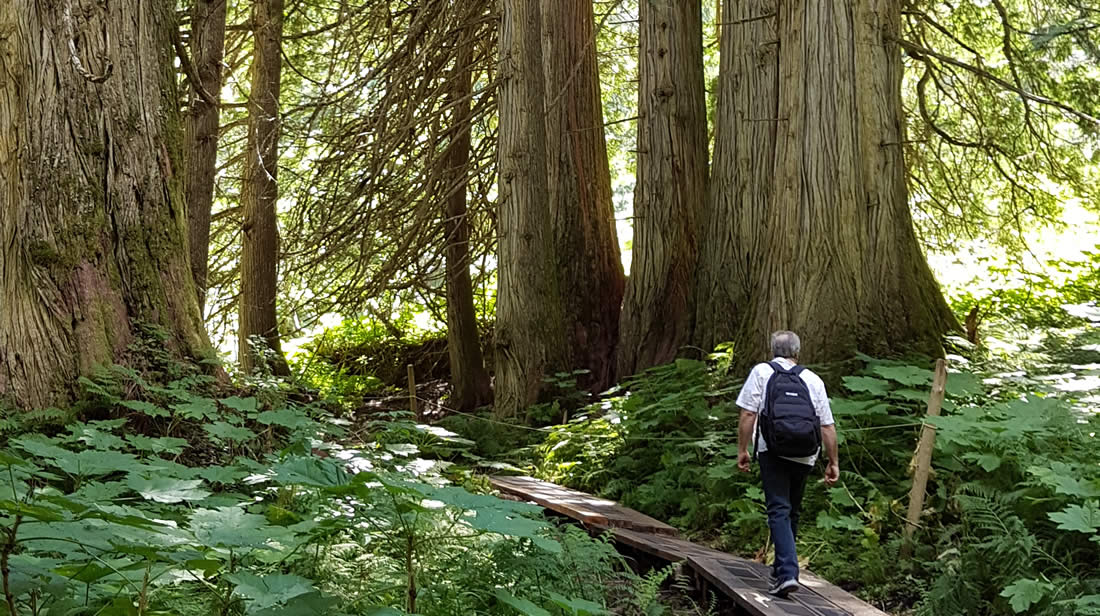 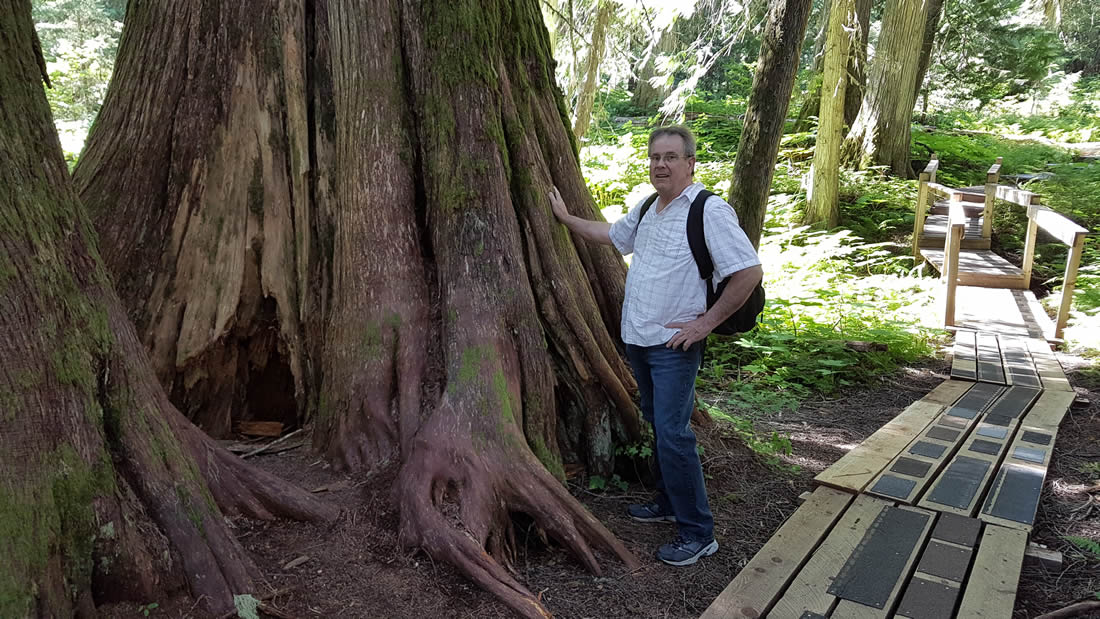 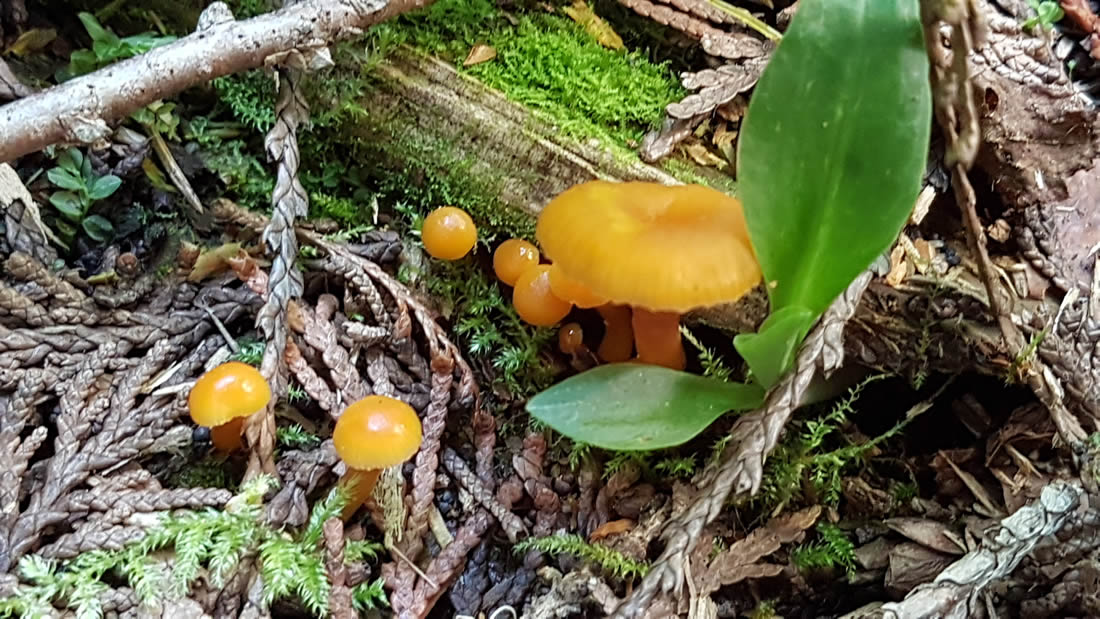 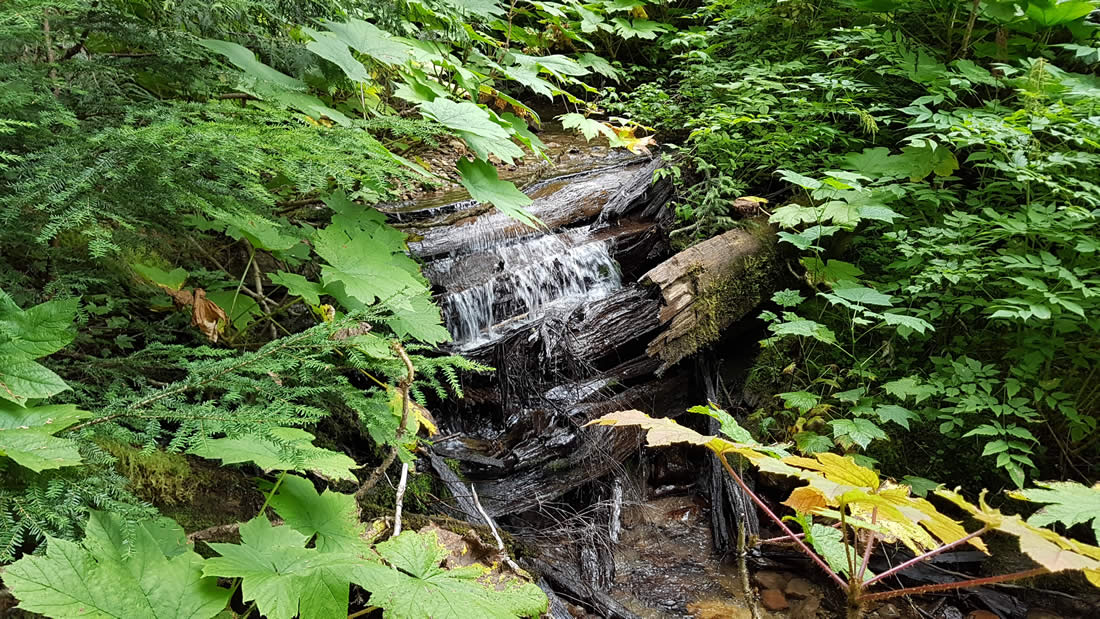 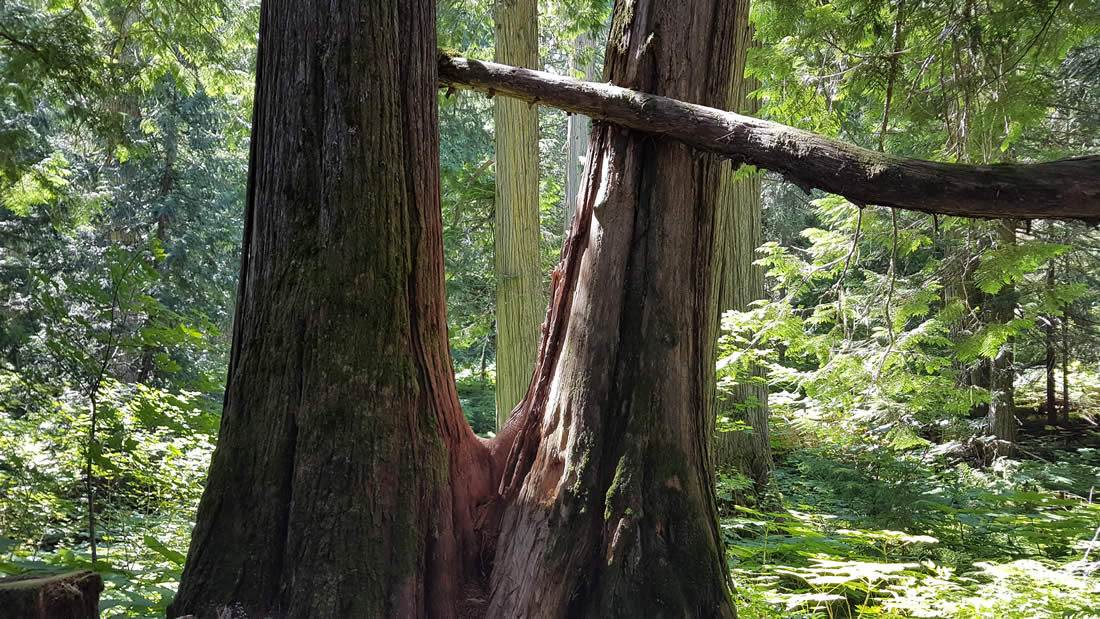 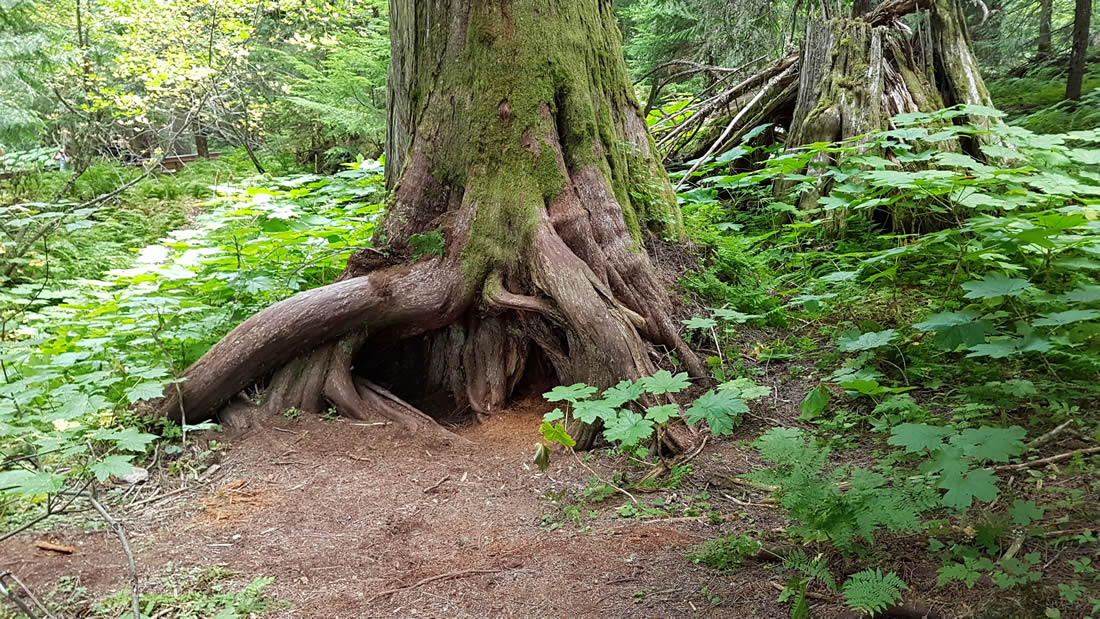 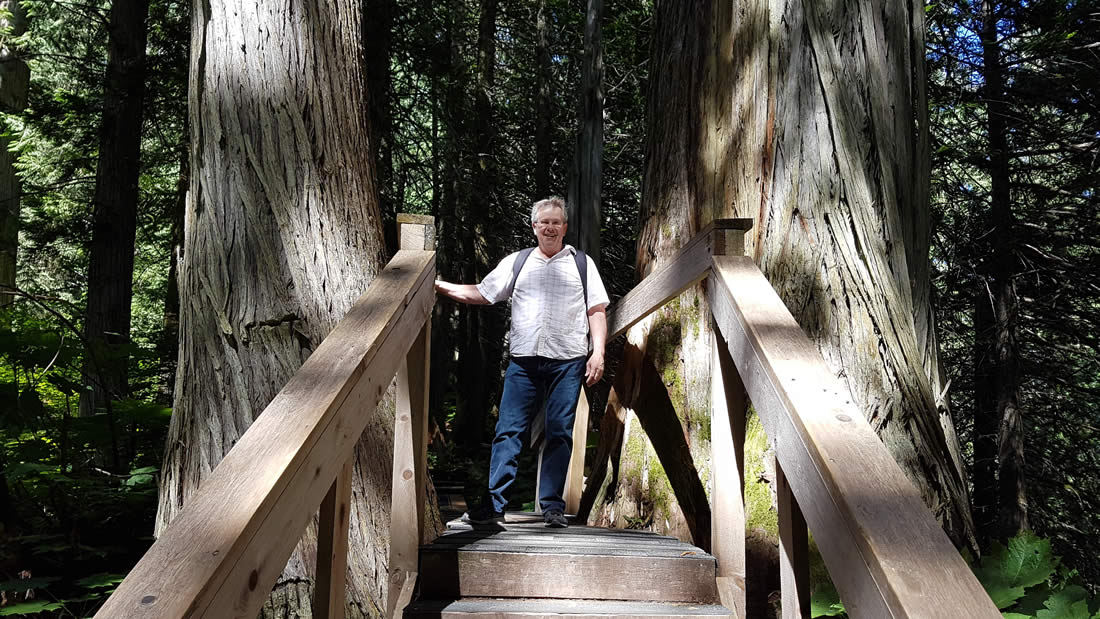 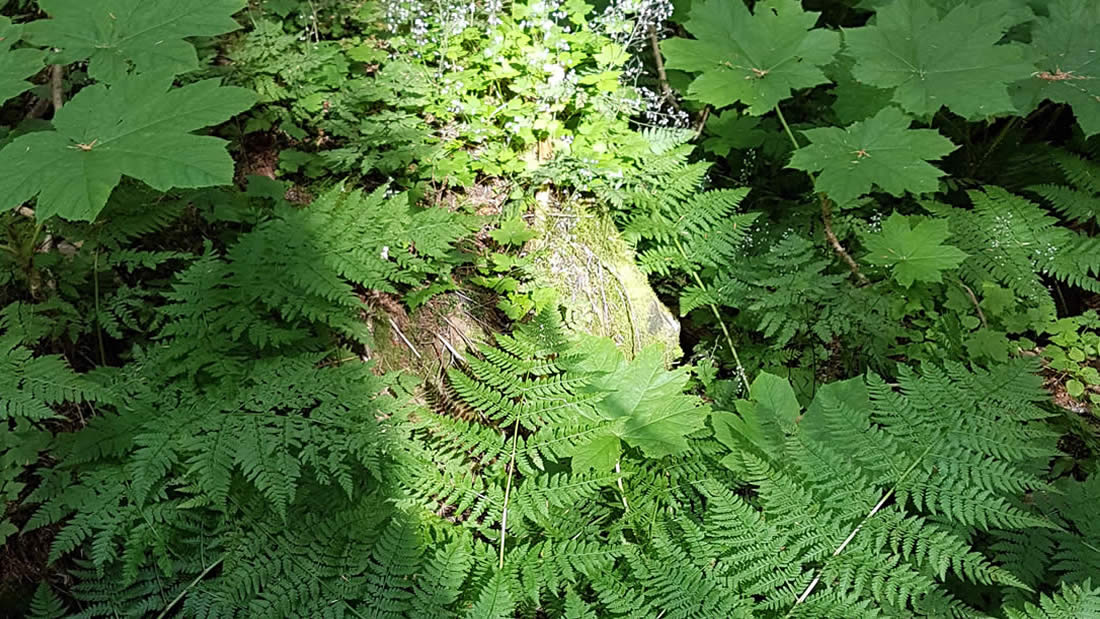 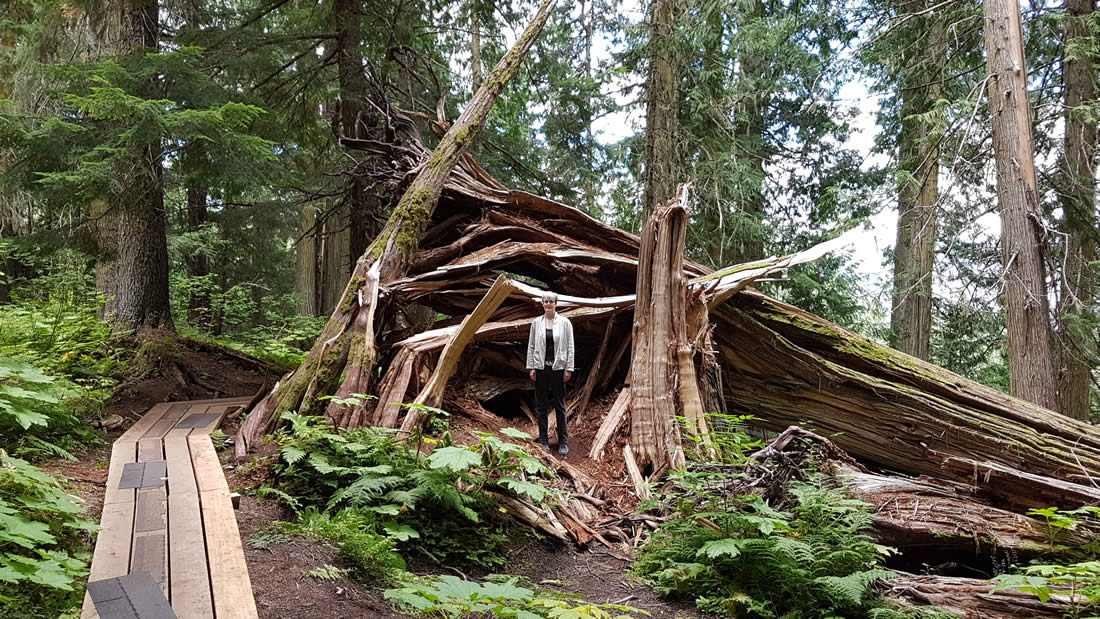 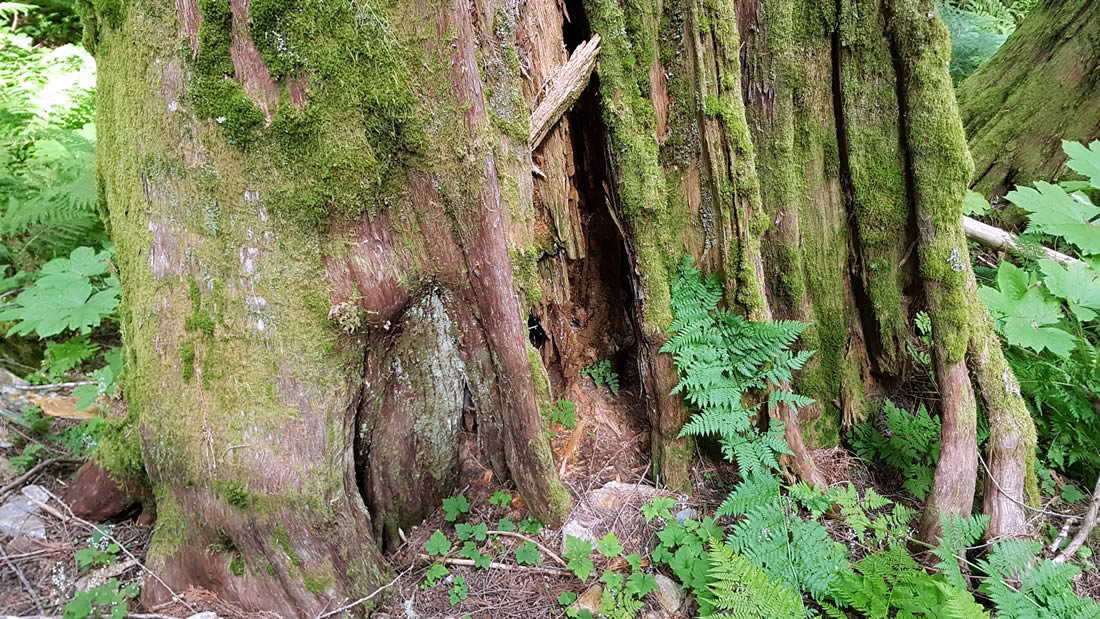 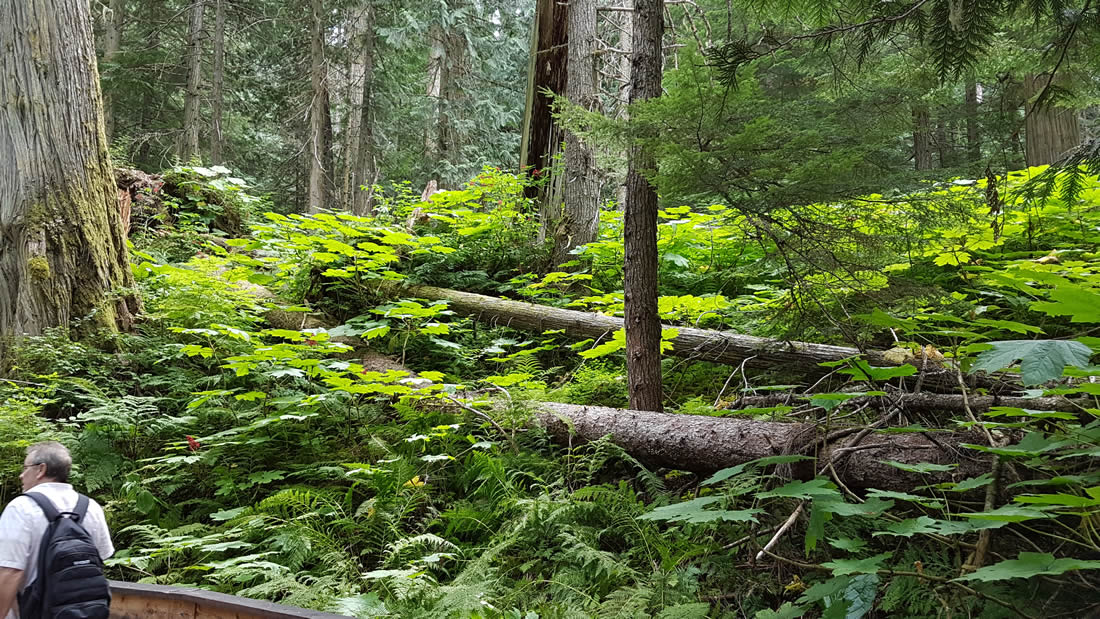 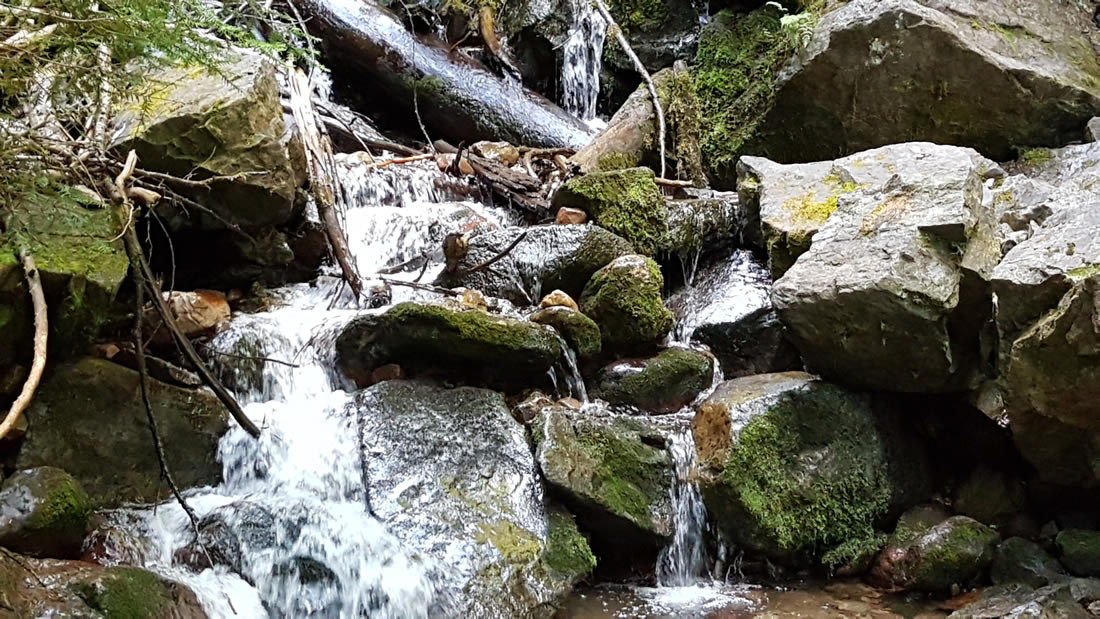 The Ultimate Collection of Outrageous, Weird and Unbelievable Political Tales …

By Mel McConaghy Just before her 17th birthday, we lost …