The Luckiest Place In The World is a modern fable created by Will Lewis. 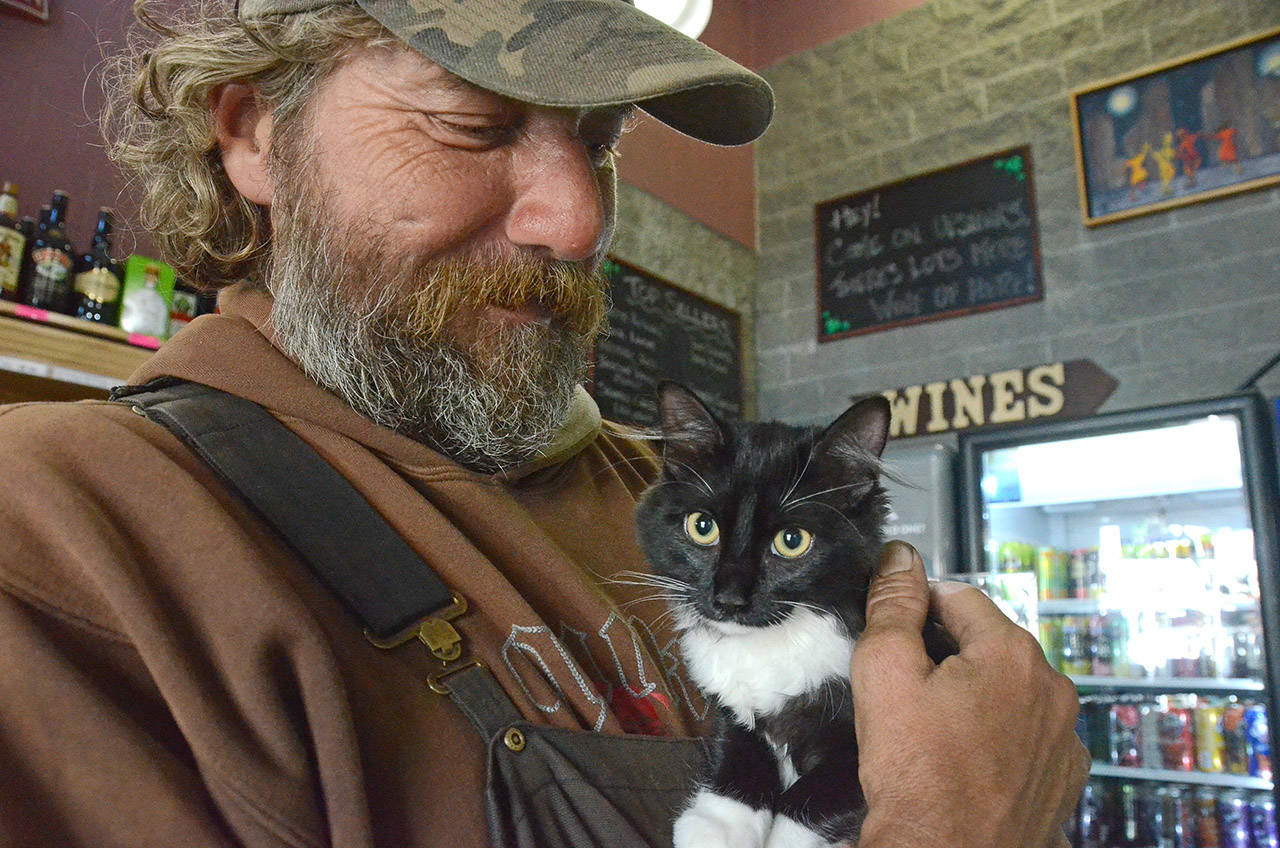 Once Upon A Time

Harold was 73 years old and homeless. Once upon a time he’d married, had two kids, and bought a home. For decades he worked in construction and did his best to live the middle class dream. But that was a long time ago.

The children had grown and rarely called or came by, not because of anger or resentment, but of pre-occupation with busy lives and kids of their own. Then, just four years before finally paying off his thirty year mortgage, Harold lost a leg while on the job, and that same year his wife passed suddenly from a heart attack.

Things pretty much spiraled out of control from that point on, and within a year the once proud, hard working man was a mere shell of what he used to be. He’d tried to find work, but malnutrition, substance abuse and neglect left him in a ‘less than desirable’ state. Ultimately the bank foreclosed on his home and he lost all he owned.

As Harold wandered aimlessly, he paused in front of a closed thrift stop and looked longingly at the warm, dry, clothes and blankets inside, before a wave of rage consumed him and he stormed off with nowhere to go, nothing to do, and no one who cared.

It Was A Home

His current living situation was sharing an overgrown abandoned shed just on the edge of town with a few rodents, insects, and other creepy crawlies. But hey, it was a home. He’d found an old mattress by a curb and drug it to his digs, and over time had almost covered the three standing walls with curled, water stained and faded calendars he’d collected from dumpsters and garbage cans for the pictures.

He now laid looking through the sagging roof as the rising moon and stars clouded over, and felt like the loneliest man on Earth as tears began to fall from heaven. And that’s when he heard it. At first he doubted himself, but the second time he was dead sure. It was a kitten crying in the dark, somewhere out there in the rain.

He hoped that someone would come along and find it, but in his heart knew that wasn’t going to happen. Not out here. Not this late. So, even though he had no dry clothes to change into, he set off to find the little critter. Maybe people had forgotten about him, but he wasn’t about to let that happen to the kitten.

He found it under a lilac bush hiding in an old tin coffee can. It was black and white, about six months old, soaking wet and shaking badly. He gently picked it up, slipped inside his now soaked shirt and made his way back to ‘Mattressville’. Later as he watched it sleep, he whispered, “You’re one lucky little cat, aren’t you? In fact, that’s what I’m going to call you until I can find your home.”

What Harold didn’t know, was just lucky the kitten really was, because its mother, brothers, sisters and owner has all perished in a house fire across town the night before. He found out about the tragedy the next day while looking for ‘lost posters’, when a neighbor of the woman who’d died asked him about the kitten that was now following him everywhere, and told him what happened.

That night as the kitten purred next to his face, Harold got to thinking about how this wasn’t any kind of life for a cat, and how even though he sure liked the little ball of fuzz, he really couldn’t take care of him. He felt the tiny fella deserved better, and made up his mind to somehow find Lucky a forever home. The next morning he scrounged up a stained piece of cardboard, and using the stub of a pencil, made himself a sign.

He then sat near a busy corner playing with the kitten and hoped. Well, it turned out that he didn’t have to wait or hope for too long, because a very well dressed elderly woman stopped to pet Lucky. When he started purring and rubbing against her ankles, and after she’d heard his story, she fell in love with the little fur ball and agreed to give him a wonderful life. One where he’d never want for anything ever again. And Harold couldn’t help it. He cried as the lady vanished around the corner with Lucky, who stared at him with pure love as he was carried away.

He cried almost all that night, until sheer exhaustion and starvation finally overwhelmed him. Harold did his best to go about life for the next few days, but the loss of Lucky was the proverbial straw that had broken his soul. He was done. He’d simply had enough, and all he wanted to do now was die. He’d stopped eating, and had cried so much for so long that there were no more tears to be shed.

An End To It All

He lay there that night praying to a star speckled sky for an end to it all. And that’s when he heard it. At first he doubted himself, but the second time he was dead sure. It was Lucky!!! But something was different about his cry this time, and when the kitten came into sight, it was obvious that something was terribly wrong. Instead of running toward Harold, Lucky kept calling at him, and turning back the way he’d come.

It took a moment, but Harold finally realized Lucky was trying to lead him somewhere, so he grabbed his crutch and started to follow. Lucky led him across town to a gated community closed for the night. The cat dashed right through the bars of the gate, leaving Harold in a conundrum. But Lucky’s meows began to become more frantic, actual yowls, and he seemed to be getting more and more upset.

So using a tree, Harold managed somehow to get up and over the community wall and followed Lucky to a huge house with a four car garage. The kitten quickly climbed up a ivy covered lattice and ducked into a slightly opened window. Harold went to the door and rang the bell. There was no answer, so he rang again. The only response was Lucky calling to him from inside. He then went around the side of the house and peered through a partially opened shade.

To his horror he saw a bare foot extending into a hall, and it didn’t move. He quickly limped to the neighbor’s to ask them to call the police, which they did, but on Harold. The police came in force and violently took Harold down as he tried his best to tell them why he was there. Finally a senior police officer arrived and listened to Harold, who explained why he’d broken into the community.

The officers then rushed to the house and forced their way in. They found sixty seven year old state supreme court judge. Sarah MacFarlane. laying unconscious in her bedroom doorway and rushed her to the hospital. The officers asked if Harold could look after the cat until they knew her outcome. Harold blushed with shame, looked down as he explained that he was homeless, and said he had no way to care for the kitten.

Overhearing Harold, the frightened neighbor who’d called the police approached and said, “Wait! I’m so terribly sorry for thinking badly of you when you were just trying to help. Please let me make it up to you. We have an empty two bedroom suite above our garage, and I’d be honored if you’d consider it your home from now on.” Then almost magically, without a single word, the attending officers and emergency personnel each took turns silently handing Harold money as he there stood and bawled.

The next day Harold found out that his new landlord was a significantly successful movie producer, and the judge he’d help save turned out to be Lucky’s new owner. She’d suffered a severe heart attack and Harold was told that she wouldn’t have lasted another hour if he hadn’t heroically summoned help when he did.

Well now, Harold laughed when he heard that, saying, “Why, I wasn’t the one who summoned help at all. That there was Lucky! He came and got me, then led me here. He’s the real hero.” And over the next few days it seemed that Lucky’s luck seem to rub off on quite a few people.

Lucky now had two homes conveniently located next to each other, the judge retired and spent inordinate amounts of adoring and pampering him. The producer gave Harold a role in his next movie and both became overnight sensations. And the senior police officer was promoted to captain. 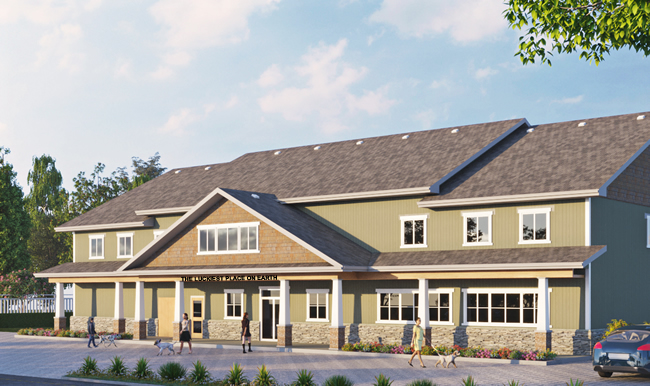 Harold used his new found wealth to purchase the overgrown lot and turned it into an amazing animal shelter that saved thousands of abandoned and lost animals, funded by very generous annual donations. Above the door Harold had set the rusted remains of an old tin coffee can right beside a large sign that read, “The Luckiest Place On Earth”.

The Luckiest Place On Earth

The morals of this story are that sometimes the end is just the beginning, prayers are often answered in mysterious ways, luck is contagious, and the best fortunes… well, let’s just say that they ain’t found in cookies.

Once upon a time, high upon a steep mountainside, there …

How dare you call Fluffy, your ‘pet’! Fluffy is not …