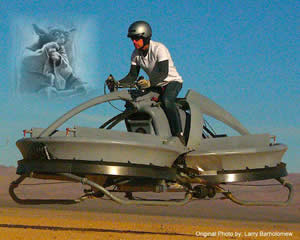 Imagine personal flight being as intuitive as riding a bike. Or, transporting a small fleet of first-responder craft in the belly of a passenger transport craft. Think of the advantages of being able to patrol borders without even constructing roads. Well, the Aerofex Corporation in Manhattan Beach, California, has exactly what you’ll need.

Aerofex is an active participant in cutting edge experimental aircraft, and spacecraft programs, that push the boundaries of the imagination. Aerofex honed its skills and processes developing flight structures for air transport and motion pictures (Die Hard), and with commercially successful products in the action sports industry. In pursuit of this vision, this is a concept craft developed to test manned, and unmanned technologies.

The engineering company conceived the Star Wars influenced ‘flying speeder’, where the hovering aerial vehicle places the pilot above its tandem-ducts, rather than below, positioning the driver in a more ergonomic riding position. This allows the craft to equally distribute balance without active artificial stabilization. The system implements a unique interface, that tracks the user’s movements, and aerodynamically controls the functions of the vehicle, causing the craft to propel itself with higher efficiency, and preventing it from rolling over. Check it out at www.aerofex.com.

Why wives buy their husband’s clothes. Left to their own … 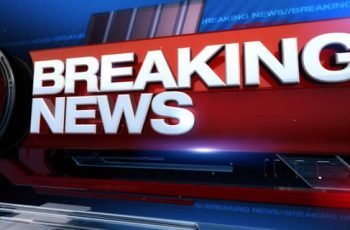 Don’t Watch The News I use to watch a lot …