‘I accept chaos. I am not sure whether it accepts me.’ – Bob Dylan

Stop being so sensitive! Not everything has to be so nice, sanitized or politically correct. Two things will happen, either you will lose your crowd or the I.Q. level of your audience that you attract will drop to the average number on the back of a hockey jersey. Not all statements uttered by a person means they are taking sides, but are stating a honest opinion. Keeping quiet and letting things slide is being too passive at times. I’d rather state my take on things, as I feel it is better to be honest than have to be right all the time. People will know where I stand, and each relationship can go from there. One sorry state of affairs I’ve noticed is when I’m going through a rough patch the odd person doesn’t want to be around, but once things improve for me they want me around to be a poster boy for their latest cause. It doesn’t go far with me and their attempts to impress me. If they don’t want to be around when times are tough fine with me but don’t expect me wanting them around when times are good.

Organizations should not attempt to sway its members on any particular issue. While I am in total support for workers to organize, I don’t like it when unions are making donations to causes that labour leaders choose. Same goes for churches, mosques, temples and so on who want to push believers into a specific viewpoint, or support a group its members may not share. A person in either of the above cases need to think things through and find what their conscience has to say.

I find it interesting that those who claim to support diversity quite often don’t respect, even discourage, different insights from their group or peers. Talk about hypocrisy. So bland, so boring, so predictable. Though George Orwell didn’t mention political correctness in his novel 1984 it was a constant theme in his book.

Things get pathetic when a person doesn’t exercise their freedom of speech for fear of being shunned or labelled a term that is inaccurate. The mentality of the all or nothing mindset contributes to the us versus them syndrome. Does a person really need to identify with a group so much? Either the ego or the fear of being alone is at work here along with not wanting to face yourself.

Feel free to voice a well thought out opinion, as honesty is the best policy around. Don’t fret about being labelled, as the B.S. needs to be called on. Forget about applying labels yourself, judge everything by its own merits. Observe as much as you can in a day as action speaks louder than words. 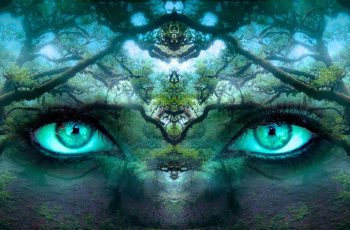