The Lottery was a short story written by Shirley Jackson some years ago. It shows what happens when people don’t question the traditions they do and when it descends into a superstitious and meaningless ritual. After her story was published, many of the subscriptions to the magazine The Lottery appeared in was cancelled and people refused to speak to Jackson in the town she lived in.

The human race has a definite dark side to it. I do wonder if there are any healthy ways for it to be released or will it always become twisted as it leaves a person. What is scary, yet fascinating in a morbid way, is when it is released as part of a group setting. Just remember how the Nazi regime was able to manipulate large crowds into a collective mindset of the leaders choosing. Another prime example is from Orwell’s work of prophecy 1984. Participating in The Two Minute Hate had every individual worked into such a frenzy they were absorbed completely into a mob mentality.

One aspect of our dark side is human sacrifice. Ceremonies such as what the Aztecs had in place may have been done as a religious rite, method of social control or even to keep population levels in check. How many of the victims that were sacrificed were willing to go through with the proceedings thinking something is good is waiting for them after the moment of death? As if anyone really knows for sure what exactly happens at that time. Same thing with suicidal bombers who are promised a certain number of virgins after death. What happens if the recruit asks for a 50% deposit?

Getting back to what I originally wanted to write about, I highly recommend one read The Lottery. This lottery was held every July 27th where the 300 village residents gathered together in the town square. In essence it ended up being a group fertility rite or public orgasm if you with to call it that. One of the village citizens would be stoned to death to make sure there would be a good harvest later that summer. Like if the stoning really made a difference as weather patterns were more of a factor here. I wonder what God would say if God was asked.

As the event got started there hints of nervousness throughout the crowd, as everyone had a 1 in 300 chance of being stoned to death. Each male head of every family went to a black box to pick a folded piece of paper. As every paper was unfolded, the one with a black mark had that family subject to a sudden death final if it could be termed
in sporting terms. You can imagine the anxiety levels rising, along with the stomachs getting that chilling feeling when the odds have gone from 1 in 300 to say 1 in 5. This is when being the centre of attention is not a good thing. Once the ‘winner’ had randomly picked the paper with the black mark would they beg for mercy, go into denial thinking friends and family would spare them despite what happened in previous years? Or would they be resigned to their fate?

But as in the past the stoning went on as usual. The residents surrounded the victim as they became of one mind and spirit to do their civic duty. While the one being stoned is going through any number of emotions the main one of the crowd is relief as they were spared this year.

I only wished that Shirley Jackson wrote a sequel to The Lottery on how the villager’s reaction after the stoning was finished especially the immediate family. Did it stay in the forecast of their memories or did it fade quickly? Still how many people would like to witness such an event or participate in one to take their chances to be part of a mob mentality?

There are at least two ways to deal with stoning a person under these circumstances, both involving denial. One is to convince yourself that you don’t know the person that is being stoned. The second is that the one getting stoned is no longer a person but an object that no longer exists regardless of ‘it’ being a friend or family member.

The Lottery is a classic piece of literature as when the shadows of human consciousness appears into the light of day. Each one of us has a dark side, so is it better to lock it up and throw away the key or should we find ‘constructive’ ways of releasing it? 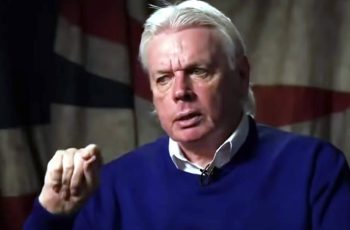