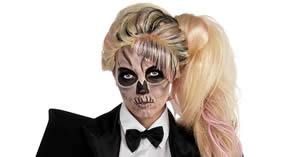 A scientific study, supposedly predicting that the naturally blonde-haired segment of the human population (blondes) will die out within the next few centuries, by the World Health Organization, found that natural blonds are very likely become extinct within two hundred years. According to the WHO study, the last natural blond will likely be born in Finland during 2202, because there are too few people left carrying the blond gene.

But WHO never announced, or conducted, any such study. The “blondes are going extinct” report sprang from a spate of news stories that were aired by major news outlets in September of 2002, that attributed the information to “a study by the World Health Organization” or even more vague, a source of “experts in Germany”. But the World Health Organization says that it never conducted any such study, and that most journalists didn’t even call to check.

The WHO spokeswoman in Geneva, Rebecca Harding, said, “We’ve certainly never conducted any research into the subject, and it’s been impossible to find out where the story first came from. It seems like it was a hoax.” The world health group traced the story to an account on a German wire service, which in turn, was based on a two-year-old article in the German women’s magazine Allegra, that claimed that a WHO anthropologist was their source. But, Harding could find no record of such a man ever working for, or in conjunction with, the WHO.

No matter how old and ingrained the blonde extinction belief may be, blondes and blonde-lovers probably don’t really need to fear. Most scientists say the proportion of blondes in the population might decrease in coming years, but they won’t disappear in the foreseeable future.

True or false? World Health Organization study concluded that blondes will be extinct within 200 years.
FALSE

There are many different types of candle wax, and not …

Coffee filters have many more uses than just filtering coffee …