Father’s Day for me is both one of sadness and of joy as I remember my incredible father. Due to a number of issues, we really never had a chance to experience the whole ‘father and son’ thing and the result is that there will forever be a hollow place in my heart that only he could have filled. He was a remarkable man, with a remarkable story that he was slow to tell and his passing changed me from a boy into a man. But maybe not quite in the way that you might be thinking.

All About Toys And Adventures

You see, I possess a selfish streak that’s a heap closer to a six lane freeway than a game trail, so I was always more interested in what my father could do for me than what I could do for him. Yep, for me it was all about toys and adventures, of which I had few. I always thought of my father as a stern, unbending man, who was quick to anger and real, real slow to show affection.

An Excuse For Anger

Using his frequent absence as an excuse for my anger, I pushed him as far to the peripheral of my emotions as I could. When I left home at a young age, I set him upon a pedestal in the recesses of my mind and forgot him. Life became my priority and soon my father’s memory was only called forth on holidays, my birthday and desperately lonely times. In some ways, my reasons for not trying to bond with him were based on my bottomless well of anger, but most of the time it was because I felt he was the ‘father’ and therefore should call me. I also rationalized my pigheadedness by claiming that I was waiting to call until I had something to make my father proud of me, which never seemed to materialize.

Needless to say, I rarely called him, even more rarely visited, so the emotional gulf between us grew to global proportions. I was so busy trying to sort out who and what I was, I reckon that I never gave a heap of thought to who and what he was. In hindsight, I wish to God that I had. Though he said little about his life to me, my father was a remarkable man. Far more remarkable than I could have ever imagined. The man that I perceived as an angry, rigid jerk, was actually a war hero who was so much more loving and understanding than I ever knew, and lived with challenges that I never took the time, or had the empathy to notice.

Most Loyal And Loving Man

My father grew up loved and cared for mostly by his Ma, and a large brood of brothers and sisters (his father passed when he was an adolescent). According to my mother, my father was ‘the most loving and loyal man’ anyone could meet before he went to war. When he came home, however, he had changed for the worse. I, like millions of north Americans, figured since the war was over and he was one of the lucky ones to have survived, he should have come home and happily picked up his life where it was interrupted. And, I, like millions of north Americans, was just as wrong as I could possibly be.

One Of The Lucky Ones 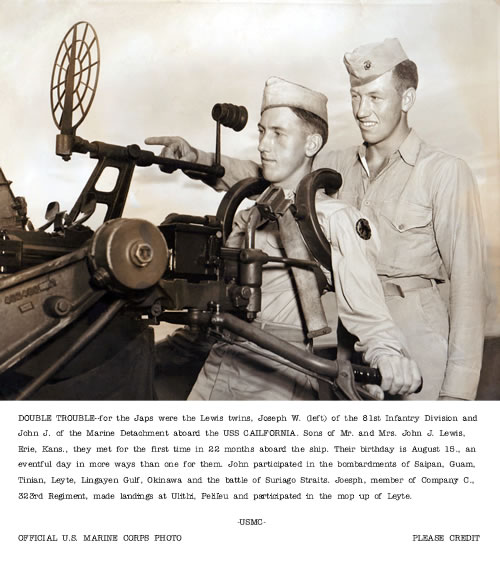 Now working in the field of brain injury, I realize the extreme trauma and injury that he not only endured in battle, but, that he had to fight through every single day of his life afterward just to exist. My father was one of the few survivors of the US Army’s 81st Infantry Division, the unsung heroes who fought in the South Pacific, specifically on Peleliu, taking over for the retreating marines, who the Museum of the Marine Corps calls “the bitterest battle of the war for the US Marines”. In fact, the battle of Peleliu had the highest loss of U.S. military personnel of any battle in the Pacific War, and, many historians say that it was the worst battle of World War Two. For those folks who never saw the movie version, it was the island where the Japanese had moved deep into well stocked and armed caves, and thousands of valiant US soldiers died trying to roust them.

Forced To Lay In Their Feces Without Food Or Water

For months the 81st Infantry Division fought, often pinned down for days, forced to lay in their feces and urine without food or water, because to of so much as to have lifted their heads would have immediately resulted in bullets passing through them. There was even a time when the only ammunition that they had left were empty ammo boxes and chunks of coral. And, not only did he and the other heroes of the 81st live in terror of the concealed Japanese warriors, ‘friendly’ aircraft and naval bombardment killed many of his company too. There is simply no way that any human being could have been exposed to that battle and not have come away undamaged. Concussive blasts and hand-to-hand combat physically damaged his brain, while fear beyond my understanding and the nightmarish horrors of war, psychologically scarred him forever.

Feeling Sorry For Myself

While I grew up feeling sorry for myself because ‘my Daddy wasn’t there for me’, my father fought through the daily reality of horrible headaches, ringing of the ears, and dreams haunted by horrific memories of glazed, unseeing eyes of brave men who had become his friends, and whose bodies had been mutilated right before his eyes by the machines of war. In hindsight, today I realize how horribly selfish I was not to have considered his feelings, fears and challenges. When all was said and done, he just was a rosy cheeked, idealistic kid who was sent to war, to return a bitter and angry man, physically and mentally damaged, trying to make sense of a world that no longer made sense.

So, on this day set aside for male parents, here is some right sound advice to all you young men; The moment that a boy starts to see the world through his father’s eyes, is the moment that he becomes a man. So, for all of you kids like me who grew up in less than a happy home, instead of hating and resenting your father, love him and direct your anger at the things that made him the way he is. Like you, he was once just a young man struggling to make sense of the world and there are darn good reasons that he turned out the way that he did. For those of you lucky enough to still have a father who is alive, take the time to find out who he really is. Discover the buried boy that still lives within him and what happened in his life to lead him to where he is today. And don’t be surprised when, in the process of healing yourself, you bring a little healing to your father as well.

In closing, to all of the injured and fallen men throughout time (especially the heroes of the US Army 81st Infantry Division) who lost the chance to ever be a father, or to fulfill fatherhood’s roles, you’re the fathers of our freedom and my heroes. And I sure enough wish you all a very belated Happy Father’s Day!

Will’s Thoughts – We have all heard the statement, ‘The …