I read a write-up on the lifehack.org website that brought up a few good points on how excuses do suck. It’s believable that making excuses is one of the oldest crazes in history, one that humans have taken part in without question. If you knew you had only a week to live and looked back on your life, how would you feel if you lived by the law of excuses? Following is my take on the list of excuses from the article.

1) ‘It is not possible.’ – How many times has this been said since the dawn of man? The number must be staggering. Things originally thought not possible were fire which led to indoor heating; airplanes morphing into space travel. There are numerous other examples. Any generation older than our grandparents would marvel at the technology we have today and take for granted. Just think of what is coming our way in future days. A reminder is that technology itself is neutral, it’s how it is used that make it good or bad.

2) ‘I am not worth a dime without a college degree.’ – This attitude really shows how a person degrades themselves and show a distinct lack of self-confidence. It’s true enough that having a degree in some fields shows you have completed training in a course and have the necessary education to prove it. But it doesn’t assure a person a job in the career they studied for. How many people do have a degree yet are currently working at a menial job while others, especially older generations, go somewhere without a degree?

3) ‘I am not good enough.’ – This one could go one of two ways. First it is a way a person puts themselves down. The resulting weight on their shoulders prevents them from making concrete changes in their life and their mind is so fogged in they are incapable of making a clear decision(s) to improve their life situation. But if looked at in another way decisions can be made to build up their esteem and get the know how to get things rolling in the right direction.

4) ‘I don’t have the money to do this.’ – This is a prime example of restrictive thinking. Let’s count the ways of earning a buck. All one has to do is ask around enough, knock on doors or put in the hours and eventually you will get the money you’ll need to get your project(s) off the ground. Otherwise you will aim low and settle for less.

5) ‘What will people say if I did this.?’ – This could be part of the fear factor that keeps you part of the status quo. It involves what possibly others are thinking of you. The reality is that they’re thinking very little of what you do and are more concerned with what their life is all about. Stop worrying and get busy with what you want to be.

6) ‘This is who I am, I cannot change.’ – How boring can a person get if they never change? Just how predictable can they become? A person will become fossilized like a dust covered museum piece if the fresh wind of change doesn’t get at them.

7) ‘I am too old for this.’ – Too old to do what is the question to ask here. As you do get older you do get past the point to consider choosing a career as a surgeon or similar occupation. But otherwise age is just another excuse; getting set in your ways is more like it. Colonel Sanders apparently started KFC at 62. Grandma Moses was still painting well into her 90’s. As much as you shouldn’t let anyone push you into a position you will hate doing, you still have many other options to pick from.

8) ‘I am not a lucky person.’ – Sometimes a person does get ‘lucky’ in that success come in unexpected ways with a minimum of effort. But it is stilled earned and appreciates it when it happens.

9) ‘ I will go after it after I have gotten married.’ – Why wait until you get married to go after you want? Wouldn’t it be better to start sometime before you get married to achieve your goals? I guess some of us are in such a rush to get married even for superficial reasons. If I were wanting to get hitched up I want a woman who has a life and doesn’t need to get married to get one. I require a woman to have some substance to her before I get tangled up with her.

10) ‘I am too busy.’ – This is an easy one to deal with when you think about it. It will take some effort to get deprogrammed from the cult of busyness. You have to eliminate what busyness is non-essential in your life and replace it with more creative endeavours. Once the unimportant stuff is gone you have to prioritize what needs to be done first and foremost then use solid time management to keep things running smoothly. 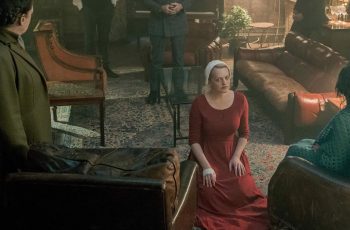 Once a month a bell would ring summoning the entire …