Voting Needs To Change by Ron Murdock discusses the voting patterns of the public. And the only group or party he will vote for, is the one that promotes less government in all affairs of people: I’d rather make valid points on where the political process has wound up. My main two criticisms is how to reduce the tax payer funded pensions that politicians get upon retiring and getting a lot more transparency on what is happening behind closed doors to see who their handlers are. This doesn’t include just politicians, but those who go along with the system without questioning anything but working it for what they can get out of it. When inquiring eyes are searching it should be a wake up call for those accountable for their actions.

Ever since I was about the age of 15, I sensed there are a number of things wrong in our world. Radical changes are needed, but basically ignored as most social do-gooders are more interested in pushing their own agenda(s). Most of us get so wrapped in the day to day busyness they can’t, or won’t ,take a good hard look at what is going around them. I’m always on the lookout for independent thinkers, truth seekers and freedom lovers but I seldom find them. I do wonder if there is anyone who listens to what I say or read what I’ve written or if a spark has been ignited as a result.

I’d like to find out how much of the vote count is rigged. The Florida recount in 2000 come to mind and a John Major election ‘victory’ in England showed how electronic voting can be manipulated. It is a mockery of democracy to say the least, most people haven’t noticed it is almost gone in practice. Like the story goes, tell people what they don’t want to hear and they’ll tell you about being too negative. I’ll keep doing what I do rather than be silenced, become politically correct or become a puppet of sorts.

Instead of complaining abut everything and anything how about doing something about replacing the old system with a better one or we will just replace the old B.S. way of doing things with a new B.S. way of doing it. How much longer do we go before making long lasting changes instead of cosmetic ones much like rearranging the deck chairs on the Titanic?

Before sniveling about low voter turnout, how about asking why they are not turning out to vote. It may have more to do with a corrupt system rather than apathy. A massive not voting population might be a wake up call for those in the system to take a look at making much needed changes. This includes shaking up politicians and their minions to not cater to corporations, special interest groups or the religious ones. The last one has people in it who I have heard that they want non-religious people to have no rights to make decisions of their own. It’s like if vampires are in charge as everything and everyone is the system is sucked dry. So we need to drop the illusions, get back into reality by dropping all the B.S. involved and not rely on others to save the day. 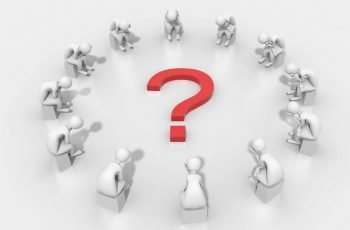 The Lottery by Shirley Jackson is a work of fiction. …