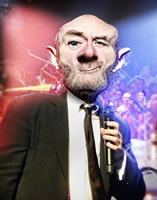 Hell Getting Hotter Or Colder?

I think that we agree that once a soul gets to Hell, it can not leave. Therefore, no souls are leaving. As for how many souls are entering Hell, let’s look at the different religions that exist in the world today. Most of these religions state that if you are not a member of their religion, you will go to Hell. Since there is more than one of these religions, and since people do not belong to more than one religion, I can project that all souls are going go to Hell. With birth and death rates increasing as they are, I expected the number of souls in Hell to increase exponentially.

Now, I looked at the rate of change of the volume in Hell, because Boyle’s Law states that, in order for the temperature and pressure in Hell to stay the same, the volume of Hell has to expand proportionately as souls are added.

This leads to two possibilities:

1. If Hell is expanding at a slower rate than the rate at which souls are entering Hell, then the temperature and pressure in Hell will increase until all Hell breaks loose.

2. If, however, Hell is expanding at a rate faster than the increase of souls in Hell, then the temperature and pressure will drop, resulting in Hell freezing over.

So which is it? If I accept the prediction given to me by a friend during the first week I met Cathie, that, “It will be a cold day in Hell before she gets together with you,” and take into account the fact that we’ve been together for over ten years, therefore number 2 must be true. Thus I am sure that Hell is not only exothermic, it has already frozen over.

The corollary of this theory is that since Hell has frozen over, it follows that Hell is no longer accepting any more souls and is, therefore, extinct. Logically, this leaves only Heaven, which explains why every time I ask her to scratch my back, or for some other mundane domestic benefit, Cathie shouts, “Oh my God!”

Dear Cats, When I say to move, it means go …