Recently I passed the 20 year mark in being celibate. I made the decision in 1993 as I wanted to take stock of the situation I was in, and get a clear view of where I was going sexually. At the time I wanted to get away from the dramas and issues that develop between men and women, and the luggage carried into a relationship.

One thing I’ve observed, is that the number of bad reasons that people enter into a relationship or marriage. It looks to me as if a good 95% of all marriages occur as a result of peer pressure, fear of loneliness, ego, financial reasons or raging hormones. The last reason was from a conversation with a Christian telling me that “legal” sex only happens in a marriage between a man and a woman.

Celibate As A Lifestyle

For the first several years I was reluctant to tell anyone I had taken on celibacy as a lifestyle. As I loosened up and started telling people of my choice, I found that most understood where I was coming from. If someone didn’t agree with me, that was their problem. I made my bed and laid on it. Advantages of being celibate, are that one won’t catch HIV, or a STD. Celibacy is the only 100% way of not being infected with AIDS. And, dealing with an unplanned or unwanted pregnancy is avoided.

To help matters, I avoid as much as possible, places where sexuality is so prevalent and commercialized. Magazine covers are a perfect example of where scantily clad people get into our faces. I’m careful with sexual fantasies, as they can divert a person’s mind from more constructive things, and fantasies using force to make someone participate.

Being celibate frees up a fair amount of time for a person to pursue non-sexual interests. It’s easy to get obsessed with sex, whether you are celibate, sexually active, religious fundamentalist, or secular.

Every so often I reassess my position on being celibate. I won’t say I’ll be celibate for the rest of my life, or that it makes me better or more righteous than someone else, because it doesn’t. But, I won’t compromise my position by jumping into the sack with just anyone. I do enjoy watching an attractive woman walk by, but, in a relationship, I’ll check out the character of the woman first. Then it’s a matter of what I can contribute to the relationship, not just what I can get out of it. 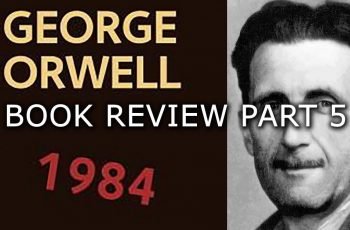