Random jokes, questions and quotes to broaden your knowledge, and smile:

» One Sunday morning, a woman suffered from a terrible coughing spell in church. After the service, a family friend said to the woman’s husband, “I felt terrible for Jean, having that bout of coughing, and the way that everyone looked at her!” “Oh, don’t worry,” he said. “She’s wearing a new hat.”

» George Bernard Shaw, who was tall and lanky, stood in marked contrast to his rotund writing rival, British poet, G. K. Chesterton. Shaw is said to have once told Chesterton, “If I were as fat as you, I’d hang myself.” “Well, if I had it in mind to hang myself,” Chesterton retorted, “I’d use you as the rope!”

» “In awe, I watched the waxing moon ride across the zenith of the heavens, like an ambered chariot towards the ebon void of infinite space, wherein the tethered belts of Jupiter and Mars, hang forever festooned in their orbital majesty. And, as I looked at all this, I thought, ‘I must put a roof on this lavatory’.” ~ Les Dawson

» Two children are talking. One says, “I’m worried. My Dad works twelve hours a day to give us all a nice home, and to provide for us. Mom spends all day cleaning and cooking for us. Now all their work has me worried sick!” The other kid says, “Why are you worried? It sounds like you’ve got it made, to me!” The first kid says, “Yeah, maybe, but what do I do if they try to escape?”

» Based on the combined results of British English, American English and Australian English surveys of contemporary sources in English (newspapers, magazines, books, TV, radio and real life conversations), in the language as it is written and spoken today, the most commonly used world is…’the’.

How can you not love Walmart people? You just never … 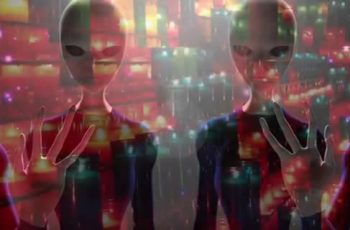 Are Humans Prisoners On Earth? The Lewis Theory of Human …