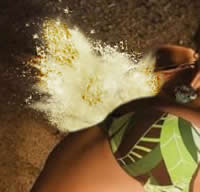 Proof That Cell Phones Are Dangerous!

Often blamed for distracted driving, roasting brains with radiation and even riots, cell phones (also known as smart phones) are now also to blame for a new potential hazard, which science has dubbed ‘Boom Boom Boobs’.

This, after a Beijing woman’s breast implant popped like a birthday balloon when she spent four hours lying on her stomach playing a game on her cell phone. Wei Lee Wong, of Beijing, China, said that she was engrossed in the game app she was playing, when suddenly a popping sound came from her left breast. The horror on her boyfriend’s face, and an immediate tendency to lean to the right, let her know something terrible had just happened.

Needless to say, the woman was taken to the hospital for treatment, and her boyfriend is now in therapy. After intense medical debate, investigation and research, doctors came to the conclusion that poor quality material was used in the implants, which caused the breast to blow like a tube tire on a model T. But wait, there’s more! The incredibly intelligent and educated group conferred further, and finally established that is was the combination of excessive pressure, and an unsound silicon sack, that led to the radical rupture.

But, boob bombs aren’t the only Asian aesthetics that have gone horribly awry, nor do the horror stories slow the demand to be priced, sliced and diced. A study by the International Society of Aesthetic Plastic Surgery says that China ranks third in the world for plastic surgery, with 1.05 million going under the knife in 2011. The number one nation for voluntary knife attacks remains the US, which leads the world in cosmetic changes, with 3.11 million people undergoing surgical enhancement and alteration in 2011.

However, the rise of plastic surgery in China has led to more than just health problems. For instance, last year a man divorced and sued his wife after she gave birth to what he called an “incredibly ugly baby.” It turned out that the man was unaware his wife had undergone plastic surgery before they met. The wife was found guilty of being genetically ugly and producing a visually repugnant child. She was ordered to pay the man over $700,000 in damages. 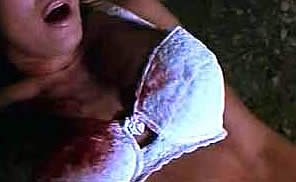 Due to a massive lack of regulation and huge demand, there are nearly 20,000 botched plastic surgery operations in China every year, or approximately 10% of those that occur in California and New York. A report from Hong Kong says that there is so much demand for illegitimate operations throughout the mainland, that illegal clinics are believed to outnumber legal practices four to one. It is rumored that a visit to one such illegal clinic led to the now one-breasted beauty being outfitted with such low quality implants, which later resulted in a massive mammary meltdown. There is no report of whether she won the game, but there is an office pool about the date and time that the other one will blow.

Gingivitis is an oral health disease that can cause an …