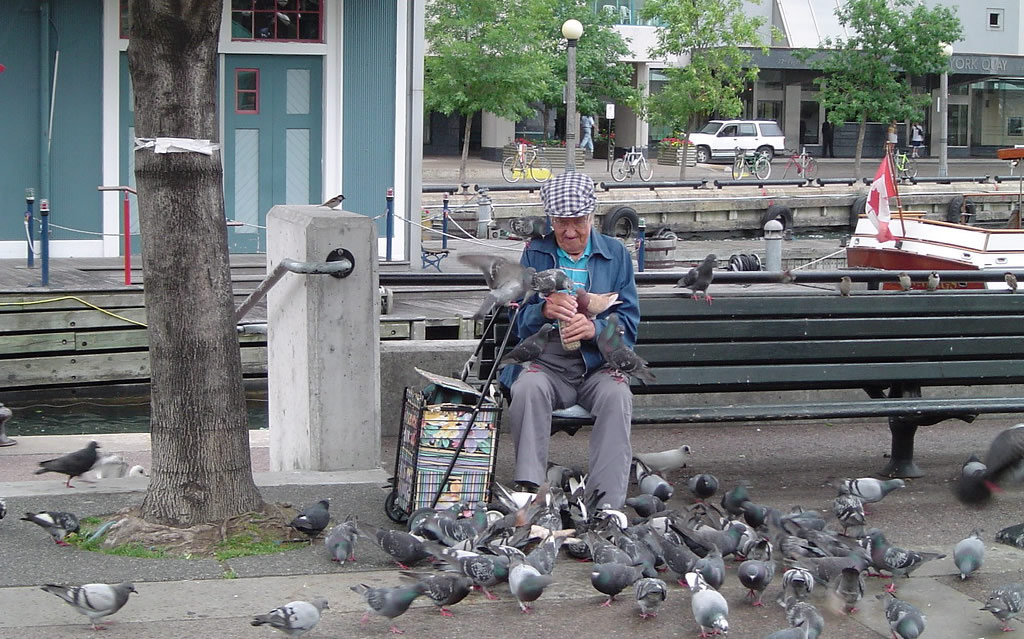 A little boy really wanted to meet God. He knew that it was a long trip to where God lives, so he packed his little suitcase with a few Twinkies and a six-pack of root beer. He then headed out the door to begin his journey. However, the tiny guy had only gone about three blocks when he came across an elderly man sitting alone on a bench in the park feeding pigeons.

The boy decided that he could use a little rest, so sat down next to the senior, opened his suitcase, and popped the top on a can of root beer. He was just about to take a drink when he noticed that the man looked a little hungry, so he offered him a Twinkie. The man gratefully accepted one and smiled at the boy, who smiled in return. Well, the boy found the old man’s smile was so wonderful that he wanted to see it again, so without saying a word, he offered him a root beer.

Again the old man smiled that amazing smile. The boy was absolutely delighted! Hours passed as they sat there eating, drinking and smiling, but neither of them ever said a word. As the skies began to grow dark, the boy got up and began to leave. But before he had gone more than a few steps, the little boy ran back to the old man and gave him a huge hug. With tears brimming in his eyes, the elderly soul smiled once more at the lad, then watched him head home.

An Afternoon With God

When the boy got home, his mother was surprised by the look of absolute joy on his face. She asked him, “And just what have you been up to today that’s made you so happy young man?” The wee lad got the biggest grin on his face and replied, “Mom, I spent the whole afternoon with God!!!” Then before his mother could respond, he continued with, “And you know what Mom? God’s got the most beautiful smile that I’ve ever seen!”

Meanwhile across town, the elderly man, also radiant with happiness, returned home. His son immediately noticed the joy on his father’s face and asked, “Okay Dad, just what the heck have you been up to that’s made so you darn happy?” The old man looked at him with eyes filled with wonder and replied, “You’re never going to believe this son, but I spent the entire afternoon in the park eating Twinkies and drinking root beer with God. It was unbelievably amazing!!! And you know what? God’s way, way younger than I ever expected that God would be!!!”

God Is Where Hearts Are

And the moral of this story is that God may be a matter of perception, but without exception, wherever there’s a loving touch, a compassionate smile, a kind word, a generous act, and an attentive ear, God is most certainly near.

MINECRAFT is a sandbox construction game developed for the pc …