Are you one of millions of digital hunchbacks all hunched over busily texting away, known as ‘texters’? Texters aren’t hunchbacked because of orthopedic issues, their curvature of the spine is all from horrible and harmful posture. So, if you’re suddenly feeling neck and back pain, you might want to rethink your current texting habits.

In a new study published by Surgical Technology International reported in The New York Daily News, “Bending your head at a 60-degree angle while texting, puts 60 pounds of increased pressure on your cervical spine (just above where the neck meets the shoulders).” The Daily News reports that the average person typically spends between two and four hours sending and receiving texts each day, and spending hours hunched over translates into one huge pain in the neck.

Author of the study, Dr. Kenneth Hasraj, who also serves as chief of spine surgery at New York’s Spine Surgery and Rehabilitation Medicine clinic writes, “The weight seen by the spine dramatically increases when flexing the head forward at varying degrees. Loss of the natural curve of the cervical spine leads to incrementally increased stresses about the cervical spine. These stresses may lead to early wear, tear, degeneration, and possibly surgeries.”

The average adult human head weighs between 10 and 12 pounds when in the fully upright, or neutral position. The study says that the cranium becomes heavier the more the neck bends forward, due to gravitational pull. For example, tilting your head down just 15 degrees puts an added 27 pounds of pressure on your spine. An angle of 30 degrees is equal to 40 pounds of pressure, and a 45-degree bend is the equivalent of 49 pounds of pressure.

Stain On The Spine

This not only causes a lot of strain on the spine, it strains the neck and shoulder muscles as well, which causes a muscular/skeletal chain reaction throughout your entire body. Because when your posture changes your balance changes, and it forces your body to adapt, using muscles in a different way in order to support you. Continued use of the muscles in a specific pattern will cause them to develop in a way that accommodates the posture, and over many years may or may not be reversible.

Incorrect head tilt for extended periods of time can lead to severe pain, and has been linked to all kinds of medical problems, including headaches, neurological problems, depression, constipation, and even heart disease. The good news is that most of those aches and pains can be easily be eliminated by simply standing straighter. The study defines correct posture as, “ears aligned with the shoulders, and the ‘angel wings’, or the shoulder blades, retracted” (In layman’s terms, that means head held high, shoulders thrown back, and stomach tucked in).

So if you must text, and apparently a great many people must, check to make sure that you still maintain good posture as you do, because there are billions of texts, but only one of you.

In North America, superstitions say that if a pregnant woman … 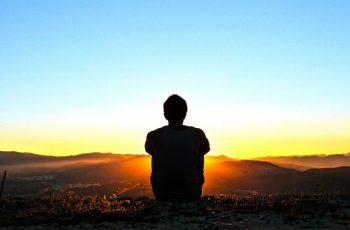 Mediation Changes The Structure Of Our Brains Researches from Harvard …