Time To Reconnect With The Holy Spirit By Ron Murdock

‘The God whom science recognizes must be a God of universal laws exclusively, a God who does a wholesale not a retail business. ‘He’ cannot accommodate “His’ processes to the convenience of individuals.’ – William James

I think it’s time to reconnect with the Holy Spirit, also known as the Universal Spirit. However, as much as I believe there is a creative intelligence keeping the universe running in an efficient and orderly manner, I’ve come to realize the ‘Universal Spirit’ doesn’t prefer one person over another, but is ‘in search’ of those wanting to make a positive change in themselves and the world. While the Universal Spirit can speak to us in various ways, I find it more plausible that the Holy Spirit speaks to a person through their conscience. This is why I think it’s so important to sit quietly, turning off the external stimulus and mental white noise to meditate.

Most religious groups have their virtues, but over the years I’ve had to wonder if what they are telling us is the entire truth, or if a private agenda is being kept hidden before being sprung on new members. While social needs are being met, one has to be skeptical and ask good hard questions on what the full menu is offering. Just about all the religions are at odds with each other, yet say they are being led by a Holy Spirit. But, how can this be?

There are some who claim to live in a Christian country, and believe only Christians have true knowledge on any given topic. Non-Christians don’t have the right to decide what’s right for themselves. This is why I’m against religious monopolies, because I can see their egos getting out of control, and/or serious mental health issues coming to the surface or developing. Democracy works for me, but theocracy doesn’t.

Without questioning the accuracy of any incoming information, one will be using a form of mind control called ‘doublethink’. The young and the lost souls who are going through a rough patch in their life circumstances, and looking for stability, are especially vulnerable. My suggestion to these people is to get more information, and compare notes with what other people or groups have to say. This is a good thing to do, as some groups like to stifle or shut down outside sources they don’t agree with.

Imaginative and dramatic as they sound, prophecies are subject to any number of interpretations. So far, none have come true. Examples are Mother Shipton, Nostradamus, 999 AD, Y2K, the Millerites, December 21, 2012. When prophecy doesn’t pan out, how many believers try to weasel out by making up excuses for why they didn’t happen, but never admit to being wrong. One can’t just focus on what they think is being fulfilled, and ignore what they don’t want to read or see. Myself, I don’t want to be pulled into believing something I’m not sure is true. I want to check things out and see determine the truth for myself.

I admit that the quest for truth can be difficult at times. But as a species, we can no longer be hoodwinked into believing some of the fake information that comes down the road. Accepting things on faith, without looking at the evidence, leads billions to become trapped in emotional webs spun by a variety of spin doctors. So a lot can be said for standing firm for one’s own beliefs, and setting boundaries so that one doesn’t get information overload, or overwhelmed by other people. It takes time and effort to sift through everything to find out what’s worthwhile, but well worth doing, because life is a terrible thing to waste.

Focusing on the messenger instead of living the message being taught is falling into the trap of celebrity worship. Too bad organized religion has become part of the establishment. It would be better off by being a place where one could find spiritual freedom and develop a heightened sense of universal awareness.

English Is A Hard Language To Learn Part 2 by … 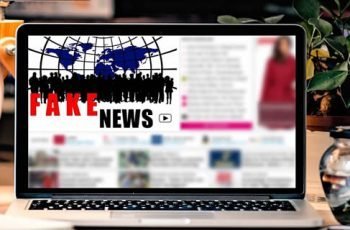 Nothing of real importance is really said, as a lot …