I’m pretty sure you’ve already heard of the top five weird foods, or the top ten weird ways to celebrate birthdays and stuff like that. But to think that even beer has a few odd versions as well seems unthinkable. For years, both men and women have enjoyed the simple pleasures that beer can offer, which includes temporary relief from, as Homer Simpson says it, “all of life’s problems..” 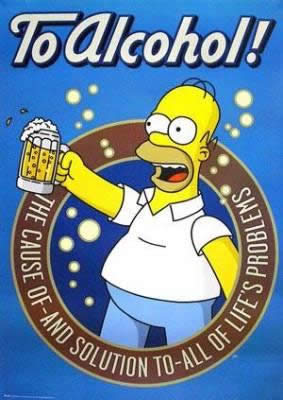 “Yes Homer, I am believer too!”

Indeed, there are some who managed to concoct some of the weirdest beers in the world. However, the list that I have below surpasses the norms of brewing this “sweet nectar of the goods.” For whatever reason they may have, I’m sure those who started out these “weird beer” must have been proud! I sure wish that the local San Diego brewery restaurant next door would invent either one of those listed below!

Here’s the list of 5 of the weirdest beers to have ever been concocted from a brewery. There’s probably a whole lot of uniquely brewed beer somewhere out there, but I’ve chosen the top five that really piqued my interest. Maybe I’ll write about the other weird beers sometime later.

But for now, here’s the top five weird beers from around the world: 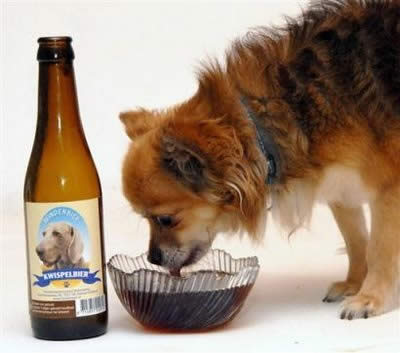 1. Beer for Dogs – Dog beer anyone? No, I am not talking about beer made from dogs – the sheer thought makes me shiver! Brrr! In any case, yes, you’ve read it right; there is a beer for dogs. Kwispelbier is a type of beer in Netherlands that is especially made to help owners satisfy their thirsty dogs. Apparently, the beverage is a creation of pet owner Gerrie Berendsen as a means of satisfying his dog’s thirst. According to him, it’s safe for human consumption too. Who knew that it would be so popular in the Netherlands?

There’s just one small “but” with the Kwispelbier; it’s non-alcoholic, so I doubt people would recognize it as “beer.” But you can’t ignore the fact that it’s still beer for dogs. And oh, it costs four times as much as a Heineken. 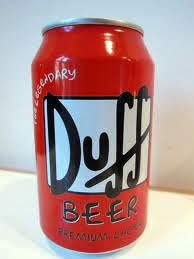 2. Duff Beer – Wait, Duff beer is real? I bet Homer Simpson would be so proud!

Now to the real facts. Duff Beer is indeed real, thanks to a Mexican guy named Rodrigo Contreras Diaz. However, you can’t find a cold can of Duff inside a convenience store; the beer is only being sold in the Internet. This limited edition lager beer was a huge hit, selling over 200 boxes within 2 weeks. I mean, come on! If you love the Simpsons, you gotta have a Duff beer on your hand as well!

By the way, I wonder if Diaz also has his own Duffman? 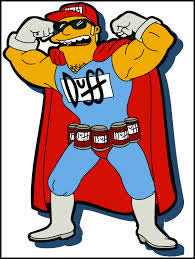 “Here’s looking at you, ladies!”

If you want to grab your own Duff beer, just search the Internet. I bet they’ll be all over the place.

3. Milk and Beer = Bilk – Okay, seriously. Mixing beer with milk? What were they thinking?

Unfortunately, this is the real deal. There’s one brewery in Hokkaido, Japan that recently introduced a low-malt beer with milk as its main ingredient. The guy probably is lactose intolerant. Well anyway, the story is that some guy, whose family owns a liquor store, is also working in a dairy farm. Since milk was too plentiful in the area, he suggested to produce Bilk, which means beer and milk combined. One third of the beer is milk, therefore it helps the dairy farm industry in Hokkaido. 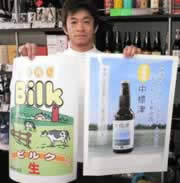 “For those who want to get drunk while staying healthy!”

The taste is awfully sweet and it’s a local favourite among women. I mean, c’mon, it’s milk!

Yep, you heard it right. A man from Chicago have successfully brewed the Pizza beer. Tom Seefurth managed to brew pizza into this culinary alcoholic drink. Not only was he able to use pizza as the main ingredient, but he’s also turned salsa, curry and even oatmeal raisin cookies into beer! Astonishing, isn’t it! Naming the pizza beer as the “Mamma Mia Pizza Beer”, he says that the beer contains tomatoes, garlic, basil, and oregano, thus giving off that Italian aroma everytime he drinks the said beer.

What’s next? A Big Mac Beer? I won’t be surprised if this ever happens!
5. Beer for Kids – Now this is something that not every parent may want to see. 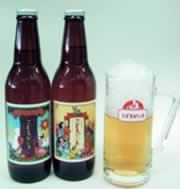 If you’ve got beer for dogs, then there’s also beer for kids. Literally for kids. The Japanese company behind Kidsbeer, which is, by the way, a non-alcoholic drink, is so popular that they’ve been shipping 75,000 bottles of the stuff per month. Oh, and the actual bottle really does look like real beer because they even imitate the famous brands of beer found in Japan. I bet parents would be shocked to see their kids gulping down an ice-cold bottle of Kidsbeer one lazy afternoon.

This is a new website domain name email scam for …