Part 10 of my random thoughts…

Relationships of any kind should be opportunities for growth not a prison sentence of some kind… When someone doesn’t want to be around when I’m going through tough times I don’t want them around during my good times.

It’s been rumored that aliens have been among us for centuries. If this is true have they left the planet for good or still hanging around?… As much as I believe there is life elsewhere in the Universe, how much of what we hear or read on this topic is denial or very questionable information?

I started to ask how much DNA sequencing, cloning, in vitro-fertilization, eugenics and gene splicing are being used to ‘build a better human being’? Can someone tell me if this is happening behind closed doors?… Has the day come where advanced technology can scrutinize every move we make, record every word we say and know every thought we have and bring each one into the open? I ask the same about every social media post we make.

Over the years I noticed that despite being called a peaceful nation Canada has several ‘wars’ going on. Among them are English versus French, White versus Native, West versus Central Canada, Men versus Women, Left Wing versus Right Wing, Rich versus Poor, Secular versus Religion.

How many prayers are little more than a waste of breathe?… When the New York Mets beat the Baltimore Orioles in the 1969 World Series, was I the only person outside of Baltimore who admitted to cheering for the Orioles?… It’s amazing how the story lines we create about ourselves then present to others resemble the plots from pro wrestling…Who would have thought that all the social media sites would have become the growth industries they are today.

How many marketing strategies have us chase after our wants not our needs?… Despite what positive thinkers say about negativity, it does and will happen from time to time. It’s how you deal with negativity is what’s important… Good security work involves knowing what information to give out to the right person. It also mans knowing when not to give information out or to refer the person to the right staff member.

How many people are against having a tracking device embedded int their body yet carry one in form of a cell phone?.. Telling someone what they want to hear or have them believe something we’re not is a form of dishonesty.

It’s been said that the veil of illusion won’t be lifted until after the moment of death. I say we can’t wait that long as wee need to know what the truth is long before then. Same goes for hidden knowledge as it needs to be brought into the open so we know what is actually happening… I read that there are spiritual traditions that tell us we live in a dream state. I agree with this to a point but what happens if all what is being done is just trading one set of illusion for another one?

What concerns me most about total surveillance of society if it is used to compromise people into politically correct behaviour or if the social engineers will go so far to eliminate critical thinking, honest opinions or not let a person decide what is good for themselves. 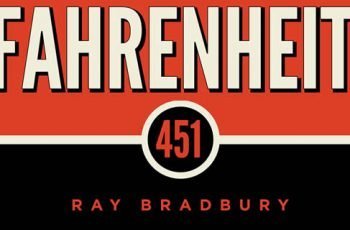